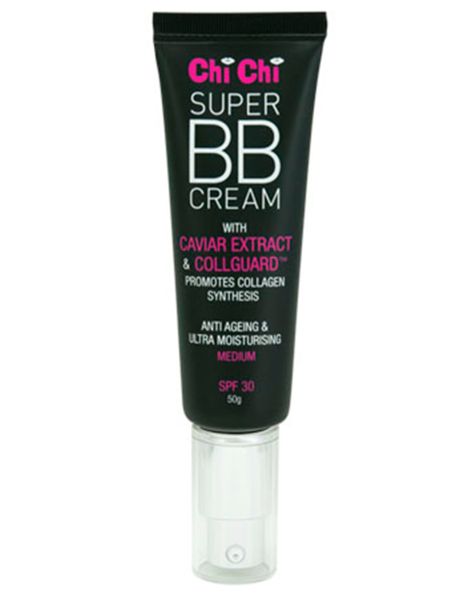 I have tried so many high end BB creams, and this is still by far the best for dry skin. It doesn’t sink into dry patches or fine lines, and leaves your skin glowing with a good amount of coverage too. Nothing compares. This stuff should be high end!!!

This is my first review ever. I just had to review this product because it is actually amazing for dry skin. It has great coverage if you have redness and makes your skin look fresh and glowing. I absolutely love this and I hope they make this forever. Are you kidding me with the caviar extract, avocado oil, green tea and mulberry extracts? Come on, this is some high end madness, y'all. Bottom line is I love this Bb cream. It's the best one I've ever tried. I don't like wearing foundation and this is ???? perfect.

I have been looking for a replacement for my Aveeno BB cream (which I really liked but which I can't get easily in NZ) for ages. I saw the reviews for this here and decided to try it. I particularly love that it has Broad spectrum uv protection. It has a nice texture and smell. It blends in easily to my skin (I am using light and usually use light-medium coloured face products) and looks very natural. It wears well throughout the day. It doesn't provide quite as good coverage as the Aveeno BB cream as it has a thinner consistency but it still evens out my skin/reduces redness. I need to use Paula's Choice Mattifying fluid over my t-zone as it doesn't go on matte/looks a little shiny but I like that it has a little glow. It hasn't clogged my pores and the price is an added bonus! Overall very happy. EDIT: I still think is a very nice BB cream but better suited to a less oily/acne prone skin. After a longer period of using my skin was breaking out increasingly. I stopped using and within a week my skin had cleared and has remained clearer.

This is one of the best BB creams I've used! -It has great coverage ( better than a lot of foundations I've tried) but it is still very light wearing. -It has SPF which is awesome for spending a lot of time outside during summer. -It is also incredibly moisturising, so perfect for dry skin! def does not stick to dry patches. -Sometimes when I'm not really feeling the dewy look, its easily fixed with some translucent powder on the t zone, or mattifying primer on a few spots. -I use the colour "Light" which is actually pretty dark, BUT, even though I am very pale in winter and only tan a little during summer, it blends so well ( into the neck etc) that it just ends up giving my face a bit of a natural looking tan glow without it looking like I'm wearing foundation too dark for my skin. It also suits my fake tan well. I don't know how it manages to work with so many different tones - its magic. -It also smells amazing. The CC cream in this range is also veeeeerrry similar ( slightly more expensive) I used both, and I didn't really see a massive difference in the two - except maybe the BB is slightly better coverage. But only slightly. The CC would probably work well with people who have obvious red patches or uneven skin tone. ( I don't, which is probably why I didn't see a difference) Overall, I would definitely purchase this again.

I've been using this for a while now, it's by far the favourite bb cream that I've tried and i use it almost every day. I love that it feels nice and light on the skin, yet i can build the coverage if i feel I'm having a bad skin day. Overall great product.

I have oily skin but I use a matte primer underneath and find this can last all day! Great coverage for a bb cream, almost looks like a foundation. I found this one tube was ok to use when I was tanned and not tanned which is great. Idk how that works, but it does.

Been using this product for a while now, has really great coverage for a bb cream and is quite buildable. It blends excellently and I can use it at any point in my fake tan cycle. I normally purchase it when it's on sale at target, usually for about $21 (normal price is $29). I think it's on of the best in its price range and I love that chichi don't test on animals.

I found this bb cream to be way too dewy. I have quite oily skin, and I can almost guarantee that if you too have oily skin this may not work for you. Another disappointing thing about this bb cream is that the colour light is still extremely too dark for my skin tone (nc15-20) would not repurchase

Absolutely love this product! I'm not one to use foundations as I find it to heavy on my skin and i could not be bothered to match my skin tone as I've had so many incidents with the wrong colour match. When i found this product i was a little unsure because my skin can be sensitive to some things but when i tried it i was amazed! it leaves a really natural glow to my skin while covering problem areas. It is long wearing which is a great thing so i can wear it any time! Only things i find problematic is the fact that it does get a little oily after about 3 or 4 hours of wear and can look cakey when set with a high coverage powder. other than that I'm in love and will buy forever!!!