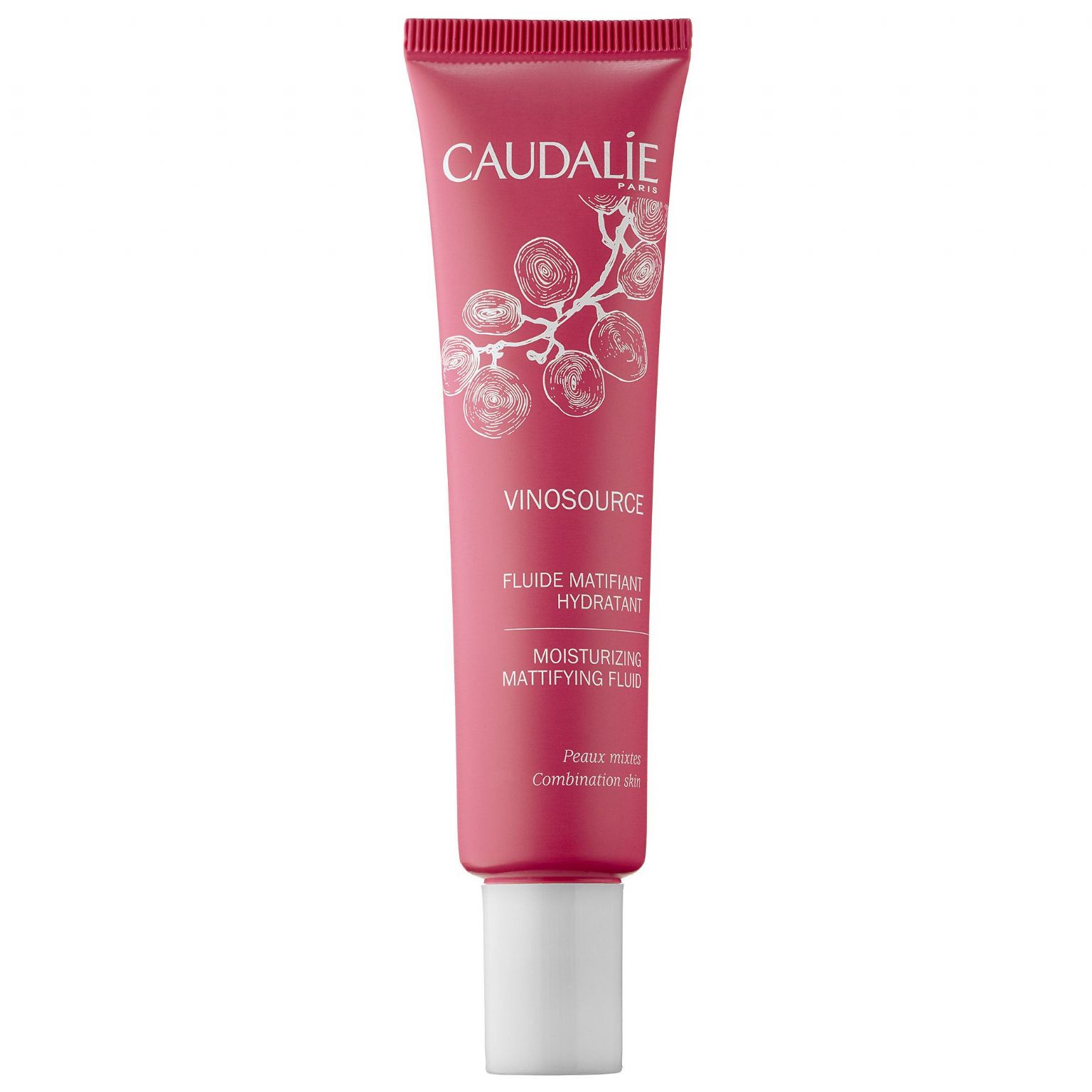 I'm on my 3rd bottle. Staying in a hot and humid island, my combination skin usually produced so much oil that i needed 2 blotting paper every afternoon. This moisturiser actually keeps my skin matte throughout the day (slight shine on my nose but that's way beyond my expectation). I've tried many gel type moisturisers from major brands but none gave me this result before. What's more surprising is that i'm having less clogged pores after using it. One tube last me 5-6 months so i'm happy with the price.

My acne prone, combination and sensitive skin loves this. this dries matte and moisturizes my face. i live in a hot and humid country so depending on the weather, this will control the shine on the center of my face. this is gentle, my skin didn't react to this at all. has a strong lovely scent though im not sure if some will like it. here's my in depth review of the product https://brushstrokesandlullabies.blogspot.com/2017/06/my-favorite-moisturizer-caudalie.html

I have tried EVERYTHING out there to quell my oil slick but sometimes flaky skin. This is by far the BEST product to help with both. In the winter I find I have to use a bit more of it to get the moisture I need. But other than that it's AMAZING.

I have acne prone, combination and super sensitive skin. Im a big fan of french skincare products and they worked wonders on my skin including this. Huge fan of caudalie and i super love this moisturizer! This dries matte. It does moisturize my face and depends on the weather,it does mattify the center of my face. I live in a humid/tropical country and if its super hot then i would see shine on the center of my face. But it really does the job. What i love most about this product is its gentleness. Ive tried a ton of moisturizer but my skin kept on reacting so im really thankful for this since this moisturizer treated my skin well. I love the smell of this,its a bit strong but its smells nice to me. I cant live without this! I would recommend this to combination skin only.

This is my favorite light moisturizer by far! It feels super fresh and clean when applied. I have oily T-zone and when I apply this at morning it makes a great difference during the day. My skin looks healthy and clear.

I really really like this moisturizer beacuse it keeps my oils at bay and when i dont use it i really see a diference in terms of matte skin! If you have combination to oily but not too oily i would highly recommend it! I think its great to hydrate and mattefiyng at the same time!

So far, I LOVE this lotion. I have a really oily T-zone (especially my nose), and I've tried tons of products in the past to try to help ease up the shine. However, I've never used anything as effective as this! Yes, the price is steep, but if you just use it on your oily areas, I think it should last. I used to have to blot 9-10 times today, but now I only have to 2-3! Hasn't broken me out yet and I have fairly sensitive skin. Will do an update if it turns out that it is breaking me out, but I've been using it for two weeks and it hasn't yet! DEFINITELY recommend this product for anyone with terribly oily skin!

I find Vinosource Matifying Fluid to be an average product. Spreads nicely, doesn't irritate my skin and all but I really didn't find it moisturizing or matifying for that matter.

This product works like a dream!!! The second Caudalie product I have fallen in love with (the other would be Caudalie grape water - which puts to shame all other water facial sprays). I have a very oil t-zone, which is always a challenge for my makeup routine, but Caudalie's mattifying moisturiser is very much up to the task. I can even layer it with a suncreen, and Caudalie's mattifying properties still pulls through. Pro's - feels great on my skin - nice scent - does mattify indeed - works well with makeup (I've pretty much ditched primers in favour of this, as this does the same job without the thick, heavy layer) - simple, practical packaging (easy to carry) Con's - none, though I wish they made this available in a bigger size too. Will definitely repurchase!

Got this a while ago, after the lovely sales lady at Caudalie gave me a sample of their Moisturizing Sorbet. I found that too oily on my face, so I went for the Matifying Fluid. The price was a little beyond my budget when I first purchased it, so I had been hoping it'd be worth it. The liquid smells alright, and spreads on my face easily, leaving it matte and velvety, exactly as it says. It also absorbs into my skin very quickly and left it feeling refreshed. However, oil control-wise it doesn't seem to have much of an effect on my face - unsure if this is to do with the product, my own sebum secretion, or the humid and damp climate. It ran out after two months, which was faster than I had expected given the relatively steeper price. When I sliced open the tube, there was actually a substantial amount left clinging on to the tube itself, and I could scrape a small tub of it to continue using it. It's a nice product overall, but the steep price, how long it lasted, and the fact that there are cheaper alternatives out there means I won't be repurchasing unless I feel like splurging or if there's a sale ongoing.