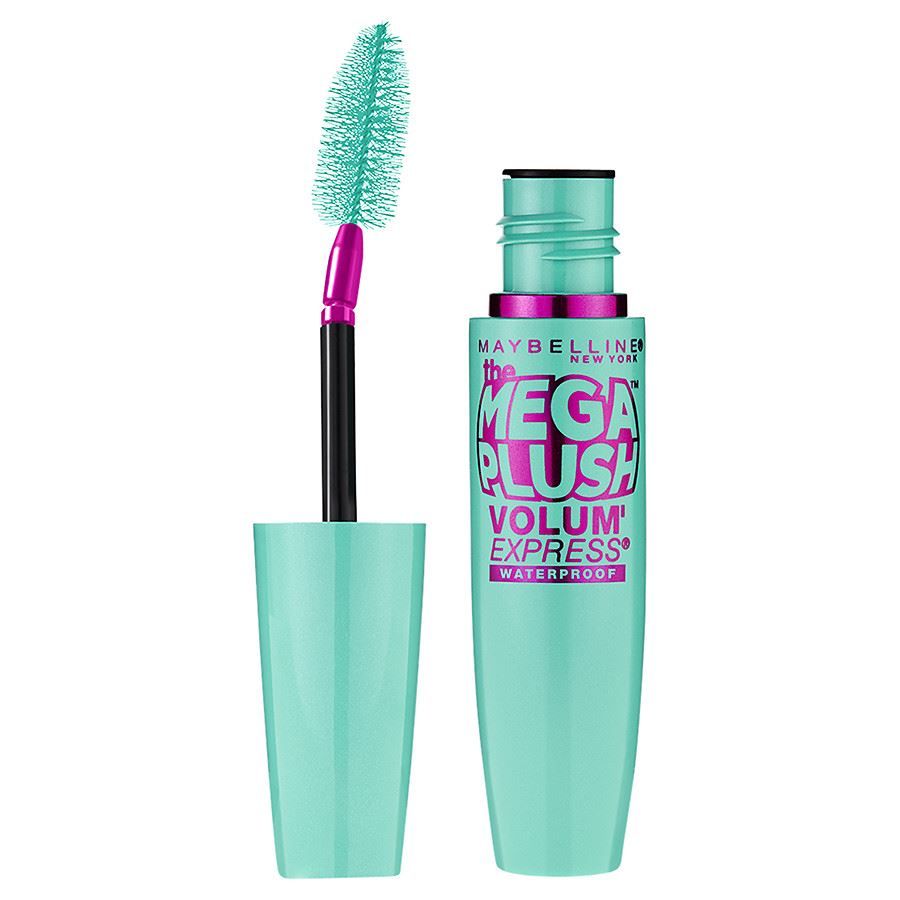 I really like this mascara. It adds volume to my lashes and does not leave clumps. I like the little "spring" action to the wand. It forces me to not add too much product. It gives my lashes a nice natural but voluminous look. Would recommend.

This is a great every day mascara. I've used about 4 tubes of this. Its one of my favourites but doesn't live up to its name "volum express". I have straight asian lashes so the most important thing for me in a mascara is its ability to hold a curl. This mascara is one of the best at holding a curl for me. It is waterproof and doesn't smudge much on my oily lids. Easily removed by a cotton pad soaked with silicone based makeup remover and held to the lashes for 20 seconds before removing your eye makeup. The bristles on the wand are fanned out and soft. It gives you very soft fluffy lashes with some natural volume and length. I'd recommend wiping the bristles off on a tissue or scrape the edge of the brush against the side of the bottle as you pull it out to avoid overloading the brush and getting clumps. This masara looks best at the 1 month mark after the formula has dried out a bit. If you're looking for a mascara for a night out this isnt it. But if you're looking for serious curl holding power with fluffy lashes that just look like they are naturally amazing this is it. Its not quite my holy grail because it doesn't build much volume but it performs better than many pricier mascaras I've tried. Its very similar to the Full n Soft mascara (I've reviewed that one too), that one builds more volume. Given the price and how well they perform I will probably always have one of those two mascaras in my makeup drawer.

Granted I've only been using this a short time, but I feel my opinion on this product isn't going to change. This was just a quick impulse buy one day when I needed mascara, so I wasn't sure what it was all about. It met my requirements of being black-brown & waterproof, so I was sold. Now I see that the plush part is that it keeps your lashes from being crunchy, kind of like their Full n' Soft, which is one of my favorite mascaras. But...I'm already annoyed with this mascara. For one, I didn't realize it was going to be so natural looking. That's not a bad thing, just not something I was expecting or shopping for. Second, this dang wand is so frustrating! The bounciness of it makes me feel like my hand is super shaky, out of control and just flat out crazy. This makes it especially hard for me to apply to my lower lashes. I'll finish the tube, because I'm cheap like that, but I definitely won't repurchase or recommend.

Mega Plush just an okay mascara. It takes forever to build up the product to my liking, resulting in a pretty natural defined look, no matter how much I put on. It does hold my curl nicely through the day (one of my major concerns), and gives a clump-free look. It'll also smudge a bit under my eyes throughout the day, but every mascara I've tried does that. I also did not like the bendy wand; I felt like it reduced the amount of control I had while applying. I wouldn't repurchase it. The Full'n'Soft is so much better!

OK so I had this back in eighth grade and I didn't like it. I liked how black it made my lashes but it clumped on the reg. It wasn't heavy and all but the clumping was just baaaadddddd and I hated its waterproof version even more

this mascara gives good volume to my lashes. I really like the flexible wand that you can bend to help get the look you want this one does not flake on me and lasts the entire day. I would not go swimming with this on, it isn't that water resistant.

For the record: I have been using this mascara for the last two months. I have fairly thick, long, straight lashes. But I am greedy, lol. My magical wishlist for mascara is a combo of separation, volume, and curl holding. I am allergic to Revlon & Elf liquid eye products like mascara and liquid liner. I bought this on recommendation from a friend. Pros: I can get clumps out. Do make sure the wand isn't loaded up with too much product. I generally prefer larger, fiber brushes like this one to the ones with short, rubber bristles. No eye irritation No flakes. Cons: I don't find this gives as much volume as I expected. It's just OK, but I prefer the volume I get from Almay's Get Up & Grow. I also don't find that the little joint on the wand helps me at all. On the contrary, I think the wand is too bendy. (Can we make "bendy" a technical mascara term?) Doesn't hold a curl at the end of the day as well as I expected from a waterproof formula. (after about 8 hours) The formula seems to take awhile to dry, which might also be a contributing factor to the curl dilemma above Even though my eyes aren't irritated, they feel like they have been weightlifting all day. Has a mild chemical scent, which I might not have noticed if I didn't just pull the wand out to smell it. FYI: To characterize a comparison, I copied my review for Almay's Get Up & Grow, and moved almost the whole pro list for that one to the list of missing traits for this one. Then I went and bumped that one up by 1 star. Final Thoughts: After 4 months with this tube, (plus two months blatantly ignoring it), I do like the formula. I'll give it 3 stars across the board. For the majority of the time, it was just okay. I have some other mascaras to use after this (that I've already stocked up on), but even after those are gone I don't think I would repurchase. I have heard that the WP version is not good as the non WP version, but even still I'm not curious enough to buy it.

my friend recommended this to me a while ago and i'm probably going to have to go out and buy my third tube of it soon. i'm very fond of this mascara, especially when it dries out a bit, as i find that it really adds volume and a bit of length without any clumping or smudging. i have a hard time finding jordana in my area (which is still my favourite mascara) and for me this works very similarly, although it's not as dry. i can build this up without getting spider lashes, which is always a plus. i always make sure to buy the waterproof version since it holds up curl well and doesn't smudge.

If you've looked at my other reviews you would know I am a greasy pizza-face so my oil production causes most mascaras to smudge. Hence why I have a deep love for tubing mascaras as they are only removable by warm water. However I gave the washable Volum' Express Mega Plush a chance after my (very picky) mother raved about it. My mom is not one of those people that has a giant MU collection. I have given her half my stash over the years and yet she is a minimalist.......whatever she dislikes, goes in the trash. So I knew if she raved about it, it must be good. And I did love the washable version! My only gripe about it was the fact it smudged on me after about 8 hours. To be fair, 8 hours is pretty damn long in my book. So I decided to see if the waterproof version was any better. This smudges only a tiny bit. It smudged even less than the washable version, but I could still detect some under my eyes. I know that sounds bad but you've got to remember I'm not kidding about my greasiness. Also, I live in a hot, humid, hell of a state - TX. This mascara lasted on me MUCH longer than other waterproof versions have tried over the years. Although the WP version exceeded in that aspect, there were other areas it unimpressed me. Everything I loved about the washable version seems to be lacking in the waterproof formula. It was very average in terms of length and volume, whereas the washable one gave me TONS of fluffy long lashes. Another con about this is it was really hard to remove. I know I shouldn't be whining about this given I often have the opposite issue with traditional mascaras. But I used oil to remove it 4 times along with my facial cleanser (contain alpha hydroxy acids). Afterwards I could still find little flakes here and there. I find that issue somewhat unhygienic for my sensitive eyes. At least my beloved tubing mascaras come off with one pinch of warm water. I'm sure tons of gals out there would love this mascara. I did not *hate* it. It's just not HG worthy to me.

I bought this mascara after my friend recommended it to me. It definitely is waterproof (it stayed on my lashes for hours), but I find that for my lashes it doesn't really do anything. For my friend, her lashes looked natural but you could tell that she wore mascara (that's after 2-3 coats). However, because this mascara is more on the drier side, after 3 coats I still don't see any change to my lashes other than lengthening it. I would not recommend this mascara if you are looking for volume, but I know that on some people it works on their lashes.