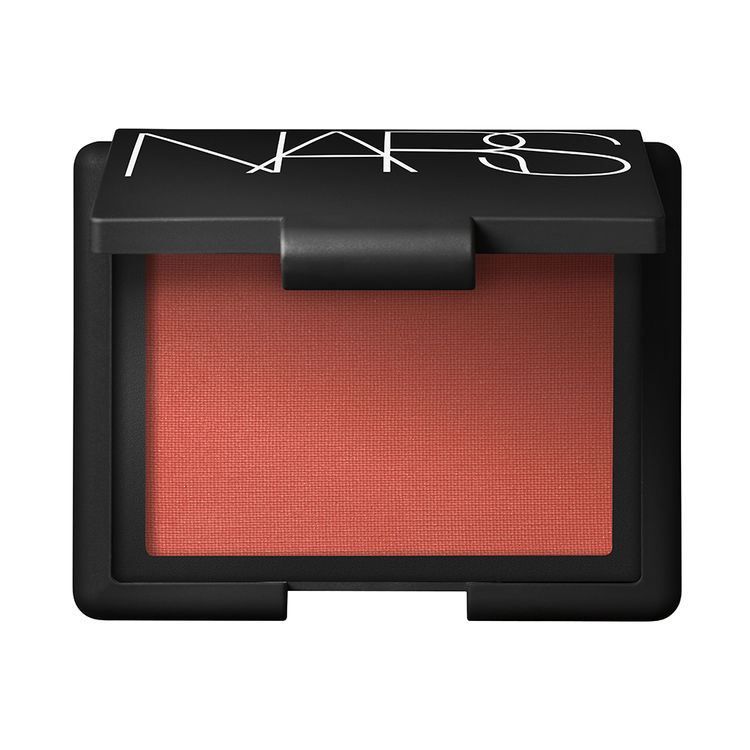 I have always wanted to try a NARS blush, but never did because of the price. I’ve had this shade on my wishlist for years and while it’s good, I wasn’t too impressed. I have medium tanned skin with very warm undertones so I love a good coral blush. This shade is great for my skin tone and it blend reasonably well. The lasting power is about expected, 6 hours or so on my very oily skin. It’s got the right amount of pigmentation so it’s easy to build and control. Even though it’s good, ultimately I still think this blush is way overpriced and overhyped. I have drugstore blushes that work just as well. An example of a blush that’s at a similar price point that’s way better is my Tarte Amazonian Clay (better blending and lasting power). This NARS blush is also quite densely packed, so I do find that my brush has difficulty picking up an even amount each time. Still, can’t deny that it is a good blush and I enjoy using it. I won’t repurchase though, and I don’t think I’d recommend it because there’s nothing about it that can justify its high price point and there are better blushes out there you can get for way less.

Beautiful blush color, especially for medium to tan skin with neutral to warm undertones. I wear this blush whether I'm pale or tan. Right now I'm NC35 and it's coming off as a medium rusty orange-red shade that has very slight sheen (not glitter) and has the tendency to look bold when I'm heavy handed. When I'm tan, it looks more like a dark orangey-apricot shade that gives my face a healthy natural flush of color. Reminds me of NARS taos but slightly lighter and peachier. As with most NARS blushes, a little goes a long way. This blush is very pigmented and I have to be very light handed with this or I could easily overdo it. I wear this blush paired with a nude or MLBB lip color and just mascara for daytime as I find this blush is enough to give my face warmth without overdoing everything else. Lasting power on me is about 7 hours (on oily skin) though it doesn't completely fade even past 8 hours. A staple color for me and one I'd buy again.

I really like this blush. It gives a nice warm flush to my NC 30-35 skin tone that I can make as natural or as dramatic as I like. This is a nice alternative to many of my pinkier blushes!

If I could only buy 1 blush for the rest of my life this would be it. It adds such warmth to the cheeks and the color goes great with my nc15-20 skin and golden red hair.

Lots of Colour pay off with this blush and Long lasting however it needs to be applied lightly. I loved this Colour on my NC37-40 skin! Once blended its that perfect flush of Colour that beautifully compliments olive- Tan skin tones and I could see it work well for deeper skin tones too. An expensive investment but definitely worth it.

I've been scoping out Liberte for quite some time. I haven't been able to find a blush that quite matched the old school Jane Blushing Cheeks in Blushing Babydoll. I used that for years, and when Jane was discontinued I was able to get one pot on ebay like 5-6 years ago. I've hit the pan and I still have a bit left, which I save for special occasions. It is truly my HG blush. So, since then, I've experimented with lots of blushes. The reason I was initially attracted to Liberte is the warmth in it that reminded me of the Blushing Babydoll. While it's been described as orangey (and I've never worn orange blush), and despite my super fair coloring (NW 15-20), I decided to take the plunge. Well, to be fair I asked for it for XMAS, so my lovely boyfriend took the plunge and shelled out the cash. I hate the Nars compacts (like IT Cosmetics), with the black rubbery outside. It picks up every bit of makeup off your hands and counter and gets dirty. Not a major complaint, just mildly irksome. Also for the money, the amount of product you get to me, is quite small. The color of Liberte is brownish orange; a tad brighter than a rust or a terracotta color. It has a bit of glitter you can see in the pan. As I swept my brush across the blush, I was frightened I would look like a glittery orange clown. Now, you must use it sparingly (like most Nars blushes), but the pay off is quite nice. On me, it looks like a warm peachy brown coral if that makes sense, and you cannot detect the glitter once applied at all. Really quite nice and flattering, especially if I'm wearing a warm toned eyeshadow to pull the look together. While other reviewers have stated that this blush is not for the very fair, I would tend to disagree. Being very fair, this works for me, but because of my skin's undertone. I'm a fair almost olive toned person. I'm yellowish and when I get some color I lean toward green. For reference, I used Sterling Minerals Bianca for years as my primary foundation. If you are fair and warm, neutral, or olive this will work. If you are fair (or darker for that matter) and pull more cool/pink, Liberte is not for you. Overall, I quite like this blush. The brightness is good to perk up my look for a change, and for daytime. However for everyday I find myself reaching for my usual combo of Benefit's Dallas and Bobbi Brown's Blushed. But, that's just me.

I'm very happy with Liberte. I purchased this on a whim (ahem) online without seeing it in person and wasn't sure if it would be too dark for my fair skin or not. This is a deepened, rust colored orange with tiny microshimmer. When I first opened the compact, I thought this would be more suited to medium-dark toned skin, but it worked surprisingly well for me. I applied this lightly and it gave me a really healthy glow. It wasn't too dark at all and the shimmer was not visible on the skin. I used it with a bit of bronzer and it gave me a very "summery" look. This blush is highly pigmented and finely milled, and you don't need much. It also blends easily. This lasted about six hours on me before fading a bit and I reapplied then. The only downfall is the typical NARS packaging, which becomes sticky as the rubber material degrades and attracts particles of dust and fuzz.Due to this I usually depot NARS blushes. I love the look of the packaging and think it's very sleek, but I wish NARS would change it. Overall, this is a good blush to add to your arsenal, and I would buy again.

uraznbabygurl is out of her mind! light/medium is considered pale! you dont have to be a ginger to be "pale"

Along with Taj Mahal, this is a rather unique blush shade in the NARS line up. The color isn't commonly found among other brands and in my opinion it's one of NARS' underrated blushes. Liberte is a great rust-red shade that is so pretty.I was advised by an associate at a NARS counter to try it insisting that it would be perfect against my skin tone and he was right. I'm an NC42 and generally not a fan of red blushes because I usually find them to be garish looking. However, the muted rust tone of Liberte compliments me so well and gives a glowing sunset look. It's a muted color that still somehow brightens my face. This blush is ideal for warm, tanned complexions but I believe darker skinned women will probably enjoy this as well. Fairer women will need a light hand with it.