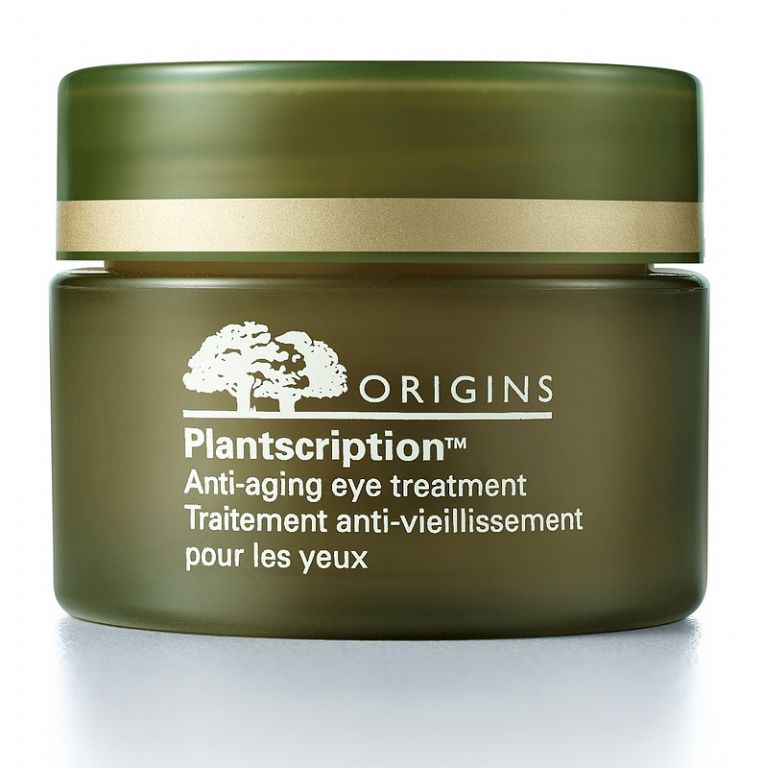 I've been using a deluxe sample of this from Sephora and have not noticed any improvement in my fine lines since using it. I think I've been using it 3-4 weeks. The eye cream is not very thick and does not feel deeply nourishing or hydrating, which if it doesn't improve wrinkles it could at least do that. Don't throw away your money on this.

I told the girl at the store that I have rosacea and have a really sensitive skin and she gave me this for my eyes beacause I wanted an anti aging cream. I used this for 2 weeks and I had a serious allergic reaction and small bumps where I put the cream... I going back to the store to get a refund.

I bought a travel size of this as I've very sensitive eyes and have been through a lot of creams..I'm very glad it's all I bought! while it didn't irritate my eyes it also didn't feel or look as I'd used anything at all..didn't feel moisturising ..my eyes looked drier than before I put it on and though I don't have that many lines this almost accentuated them! wouldn't recommend wouldn't buy again..gone back to my perfect mb olive eye cream!

After five days of applying this cream in the evenings I´ve got an irritation under the eyes on the area of appliance for this cream. This irritation is not painful, is slightly burning but it is unaesthetic because there are lots of very small tiny bumps under my eyes... and it´s a little bit reddish. This is the second day I have it, I stopped of course applying the cream, but still not much has improved. Hopefully I will get back to the initial state. In the past I have used other eye creams from Origins - Youthopia and Starting over and they were good.

I’ve gone through at least 3 of these. I really like Origins products. I called and they said it serves as treatment and moisturizer in one, but you can use an additional cream if the eye area is especially dry. The product goes on smooth and creamy and you don’t need much. I use this daily for both under the eyes and on lids and have never experienced any irritation or discomfort. I have been using various treatments and serums for years and it’s not like I would ever feel – Wow – here is this breakthrough product that is erasing all these lines. I feel it’s more a point of maintenance and prevention and this is a product I always come back to. It is comfortable and moisturizing which helps plump everything up. Primer and makeup go on smoothly on top without concealer lines showing all day, even after powdering.

After having this on my skin for a few seconds it started to burn terribly. I do have very sensitive skin so I waited a bit to let the initial irritation calm down as it usually does with other products. This continued to get worse! I developed tiny bumps around the eye area, redness, blotches and hive-like patches. If you have sensitive skin, beware! I returned this immediately.

This was the first eye cream I'd ever used so I can't say how it compares to others - it's moisturizing, reduces the appearance of eye bags (I'm south asian and have been cursed with EPIC eye bags) and overall makes my eye area look more refreshed and less crepe-y. I'm not sure if this is worth the cost - I do wish it came in a pump instead of an unhygienic jar, and this gave my sister some major milia. Ironically, I'm the one with acne and an oily-skin problem and it doesn't break me out.

Plantscription products work great for my skin, even though this one is not as good as the serum. Texture is great, glides on smoothly and absorbs quickly. Feels a little tingly right after application, not sure if this is good por not? I believe I saw some results, but again, not as much as the serum (I tried the cream for about a month). Will probably try again, to get a second opinion.

I had never used Origins products before and heard very good things so I went to Sephora and splurged on an entire regimen. This is the only product that I purchased that I wasn't completely and totally disappointed in. The texture (I got the cream version) is lovely and it blends in nicely. It moisturizes very well under my eyes but I have a few dry patches just below my eyebrows near my nose and even with frequent application, this did absolutely nothing for those spots. I think that this is overpriced and overrated. I wasn't as let down by this as I was the other products but I was still let down after seeing absolutely no results.

I wanted to try out the Mimosa eye cream but only managed to get a sample of Plantscription instead. I was quite happy at first, the EC was moisturising yet not overly greasy, and didn't irritated my eyes or the skin around it (unlike my previous skinfood EC). However, a red painful bump appeared very close to my eye on my lower lid after about a week, and I realised without the EC, my (not-so) fine lines beneath my eye became even more pronounced. I'm guessing it's because the cream is so moisturising that without it, the lines get more dehydrated? I'll probably use up the sample as I haven't decided which eye cream to invest in yet (after so many wasted jars of eyecream)...I'm only 20 so I might just try using a serum instead? As an anti-aging product, Plantscription is definitely recommended for more mature skin. I DO like how it doesnt feel greasy at all, unless I overapply.

All About Eyes924 reviews