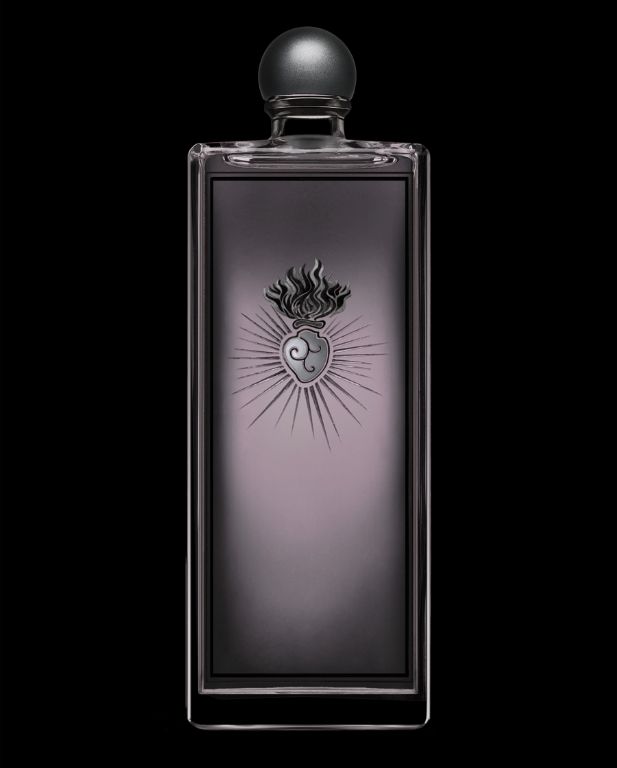 I smelled smooth peppers at the beginning. Anise keeps whisping in and out. This has a carnation note blended in, but it doesn't scream &quot;carnation&quot;. It had great persistence and actually seemed more carnation-like the longer it went on. This is unisex. It's not bad, but I wouldn't reach for it if I wanted carnations. One of the reviewers below had it dead on when she described it as &quot;a ghost of a carnation&quot;. Yes.

SkinDry, Other, Not Sure

Cool toned, soapy geranium carnation with a sweet dry down. Not dusky or spice laden. I have a fondness for the spicy carnation accord, but since I have a full bottle of Lorenzo Villarossi Garafano (a discontinued soapy carnation); a bottle of vintage Floris Malmaison; a bottle of vintage Roger et Gallet blue carnation and a few others, this is unnecessary. The fact that this doesn't turn powdery is a plus. I have been wearing a lot of creeds lately and am very fond of their ambergris dry down (that some find soapy). The softness of this scent reminds me of the softness of a creed dry down (obviously no ambergris, but similar cuddly feeling). I added a lippie because this is not a gourmand Lutens that can be cloying. For those who want carnation without the trouble and expense of sourcing the other ones, this is a fine option.

Soapy carnations! I asked four people for their impression of this perfume while I was wearing it and two of the four said it smelled like a laundry room - that residual scent of fabric softeners. Everyone liked it, mind you, but this perfume is too expensive just to smell vaguely clean and sweet! It is pretty, so if your skin tends to bring out spicy notes it's worth a try.

Spicy carnation, lovely at first spritz but after 30 minutes looses it's character. Quite forgettable.

It is a dark Gothic perfume. The clove, nutmeg, and peppers notes did not make this perfume warm and spicy. Quite contrary, Vitriol dâ€™oeillet stayed cool and slightly salty. Carnations notes added the scent of freshly-cleaned linens. Overall, I got spicy soap. I found it very long lasting. Therefore I give it 2 lippies.

I love clove, pepper and carnation, so I was really excited to track down a sample of this scent. Serge Lutens' fragrances rarely work out for me, though, and Vitriol d'oeillet turns out to be another dud for me. I don't really get much spice from this at all, oddly, and it's more of a powdery, slightly cloying floral scent. I really thought that it had violet in it until I checked the note list. Powdery, sweet flowers. Very heavy and kind of overwhelming to me. It's maybe a little peppery in the drydown, but it's mostly just tons of powder and a floral feel. I've tried a lot of Serge Lutens fragrances, but have only liked three of them enough to purchase full bottles (I love Un Lys and Jeux de Peau and like Un Bois Vanille when I want something super-sweet).

I find this strangely haunting and beautiful. It has a peppery lift that is more than reminiscent of the carnation,apparently the theme here. Here I consider that IFRA apparently banned all the aroma chemicals that make up the carnation note, and I can only surmise that the artist perfumers decided to have a go and stick s few carnation scents up the beaurocracy because this smells so like a carnation! There is a sweetly floral note riding like a highwayman with his cloak and guns, and black Bess in the coach knowing that her lover will be pulling alongside while the moonlight comes...

This is actually one of the softest carnation scents I've tried. I love florals, and I love the spiciness of carnations, and this version is really really nice. Carnation can make a fragrance smell a bit old-fashioned, but here the carnation is very subtle and there's nothing dusty about it. On me it's not sharp, I actually find this very soft and floral and the carnations give the florals a little bit of spice and creaminess, but nothing too much. It's very nice, office-friendly even. My favourite carnation scents are: BPAL Carnation single note, Alice, LUSH Potion, Ava Luxe Oeillet Blanc, Oueillet Rouge and Madini Oeillet. They are all actually rather sweet and spicy and the SL is much more soft and wearable. I love this, and I'll be purchasing a FB in the future.

Carnation with bite. I’m not a fan of floral perfumes so this isn’t my favorite, although I greatly respect how unusual a scent it is. The clove is my favorite part about it. It’s not a clove cigarette clove, but more of a clove simmering in a caldron over an open fire in a dark coniferous forest clove combined with pungent lillies. I was wearing this whilst I went to see the movie “Prometheus” recently and now the scent permanently makes me think of aliens. In fact I think xenomorphs must smell a little like this perfume. (I don’t mean that in a bad way.) I did layer it with Datura noir and Five o'clock au gingembre once. (Honestly, what posessed me to do that?) I must say the result was positively mesmerizing, although a bit toxic. Sadly, alone it seems to not have the longevity that I am accustomed to with Serge Lutens and to be just a tad lackluster. Notes from www.luckyscent.com: clove, carnation, wallflower, lily, ylang-ylang

All right, first, the rest of the reviewers are crazy. Crazy! This fragrance is tormeting me. I'm trying to pare down and no-buy, but from the first sniff of this from a sample vial, it's been wearing me down. Beautiful. Gorgeous. Stunning. One of the reviewers below actually sampled this with me, and I hope one day she amends her review to admit that on other skin (mine for instance!) this works. To start, this is the ghost of a carnation. That's not a bad thing -- it isn't a ghost in that it's faint (far from that). It's a near carnation, an artist's impression of a carnation, the construct from alike materials of what should be a carnation but isn't quite, or an abstracted carnation. There's a gorgeous musk in the base, and I mean, GORGEOUS. GORGEOUS!!!!! Flamingly beautiful, clean, crisp, yet soft at the same time. Over it floats a peppery/spicy note. Normally I detest pepper in fragrances but here it works, probably because it is part of a spice accord - nutmeg, allspice, brush of clove. For once, the clove in a fragrance doesn't tromp all over everything -- this really, literally, is a light brush, almost not clove at all except you catch the sweetness and then follow to the clove. Underpinning, and yet floating on top the whole, is vanilla. It isn't VANILLA, it's a soft, clear sweetness, almost marshmallow. The ingrediants twine around each other and shift - first a spicy musk, then a peppery musk, then a spicy/peppery vanilla, then a hauntingly sweet musk... This morphs for hours. I've put barely a toothpick's worth on the back of my finger and twelve hours later am still getting soft whiffs of sweet/peppery musk. I finally caved in and bought this and I'm furious, but... it is brutally beautiful. Lutens, you're killing me.