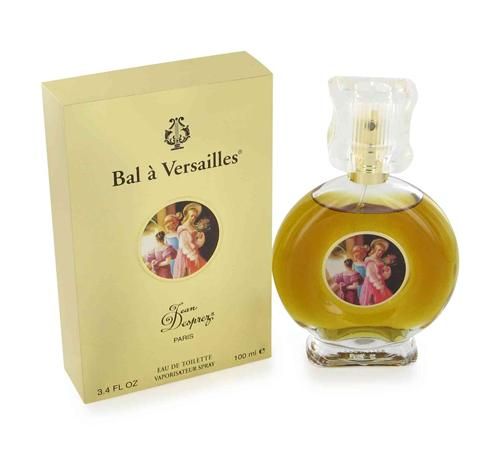 Lush as a silk-upholstered cushion, rewardingly sweet (but not gourmand), and effulgent with golden-smelling balsams, musks and sweet exotic woods, sweet vanilla/amber, and perhaps a burly tobacco hint. It takes off on a citrus/spice note, laced with methyl salicylate, giving it a cola/rootbeer vibe at first. The midrangey Nag Champa-like floralcy is muted, entirely subordinated to the Oriental incense vibe. There is a waxen/honeyed note that hints at the dripping candles at an 18thc Versailles ball... or at a 1960's Rolling Stones mansion. Exquisite sillage, hinting at opoponax, thyme (or tarragon?) and myrrh. The drydown is warm and oily/fatty... in a luxurious way. This fragrance, launched during the Camelot Era, is said to have been a favorite of Jackie Kennedy, Elizabeth Taylor and Michael Jackson. Not incorrect to think of BàV as a more accessible, friendly, sweeter SHALIMAR, a more rich and soupy ÉMÉRAUDE. Not as smoky or bergamot-sharp as SHALIMAR, but possibly even more animalic, if that can be believed: a buttery civet musk unites the whole scent into a warm, glowing sandalwood-y incense scent. It's the aromatic rosemary that, throughout the development, prevents the civet from becoming too animalic. Gorgeous stuff... a true old-school Oriental which, Liz Taylor-style, thumbs its nose at the less-is-more philosophy. I hope never to be without a bottle of it.

One of my favorites. It has a hint of vanilla, but not overpowering. I know someone with perfume allergies, and this is the only one she can wear for some reason. I plan to buy more of this when I run out. Its a little pricey but its worth it.

I am not sure about this fragrance. I have a decant from surrender to chance or APC. I tested this month's ago, and thought it was too animalic. I retested a while ago and thought it was reminiscent of miss Balmain (floral leather). Or miss Dior original EdC without the Galbanum punch or bitterness. I just retested it and think it's like Caron NdN but with animalic instead of smoke. I will say that it is a vintage scent with definite vintage character, so if you like modern, then this will not be for you.

Jean Desprez- Bal a Versailles: It is now available to the public worldwide at the official Jean Desprez website. We are offering 40% off the retail price for a limited time to thank all our loyal clients for their patience. In 1962 with the creation of BAL A VERSAILLES! An oriental fragrance composed of 300 ingredients, mostly natural.&#8232;&#8232;Jean Desprez marked with this fragrance, his imprint on the modern fragrance industry which was French luxury !&#8232;&#8232; In 1963, the company MILLOT was sold to Revillon perfumes.&#8232; In 1973, the perfume JARDANEL is reproduced in a limited edition, but it was stopped because the price of reproduction was too high.&#8232;&#8232; In 1980, launching a fragrance for men VERSAILLES POUR HOMME. Pierre Dinand is the designer of the bottle.&#8232;&#8232;The son of Jean Desprez, Denis Desprez has preserved the traditional character of the company maintaining the high tradition of French perfume, respecting the motto communicated by his father, "When the perfume is a work of art !"&#8232;&#8232; The brand "Jean Desprez Perfume" was sold several times. First to "Inter Parfums Paris" then to the American company "Parlux Fragrances Inc." which, in its turn, sold it to Genesis International Marketing Corporation, a U.S. company based in Miami, Florida.&#8232;&#8232;That same year was made a new version, most popular of the perfume BAL A VERSAILLES®. A combination of the classic version with today's needs, a fragrance that awakens the senses and seduces again !... THAT IS WHAT WE SELL TODAY! You can visit www.jeandesprez.com for more information, which is the official website

I have read the reviews and have to clarify a few things about this truly legendary perfume. If it seems as though people are smelling three different scents - they are. Bal a Versailles was formulated in the early Sixties, when the parfum came in a very fancy little package (I remember them well) wrapped in tissue in a yellow moire-printed box with a silk cord around it. There were eau de toilette bottles in rectangular shape and round ones with gold bullet tops. Eau de parfum came in a fantastic bottle shaped like a lyre, with a crystal ball top. BaV was reformulated slightly due to health concerns(minimal changes to the scent) but still came in a yellow box (white and dark blue high-gloss card for edT and edP). The silk cord was gone. Another point worth mentioning is that the original formula bottle had a gold foil bullseye cutout on the front (counterintuitive - everyone thinks the Coupe des Sens reproduction is the front but it isn't) That also went in the first reformulation. Jean Desprez had several French addresses, all in yellow, white and blue boxes. Included bath oils, body creams, extrait and so on, including sprays in white lace-printed cylinders. In 1994, it was sold to Inter Parfums Paris which sold the licence in 1996, to Parlux Fragrances Inc. I am unsure about the reflection in packaging because I don't have the entire story yet. If there was a dilution in constituents it doesn't seem to have begun until it was sold to Genesis (a bad day) in 2002. Genesis International marketing Corporation was a U.S. company based in Miami, Florida. Until that point it had been possible to get the pure parfum in many sizes: 1/8th, 1/4, 1/2, 1, 2 and 4 ounces (yes, four ounces of perfume, to be used up before it lost its notes - BaV has never been for the faint at heart!) The bottles were lovingly housed in padded silk-brocade-covered "coffin" boxes in glossy card packaging. The ounce-and-up bottles - pay attention now - came in round bottles like the ones used for the larger eaux, but with a >>lyre-shaped crystal<< stopper. I can't emphasize this enough: plastic lyre - very, very bad. Genesis changed the formula, the stopper, the volume (0.9 oz instead of 1.0) and the packaging, which became foil in a coppery colour. NON NON NON!! You can tell the impostor by the ill-proportioned and ill-fitting plastic geegaw sitting drunkely atop the bottle. It lost its heart and something in the base was not right, but most of all, it smelt like an odd BaV-through-the-washer-and-the-cat-box smell. To me, as to many, many others. Now, the odd thing about body chemistry, as we all know, is that on a few people it simply won't smell bad, and for them that is good, but it is not BaV, merely an interpretation thereof. BaV now is owned by SEI Corporation which has been in the process of relaunching BaV since 2009. SEI is an investment company, seemingly hoping to recreate the buzz and the interest. It has been taking reviews from various perfume sites; it's been running a contest, and it has been making great hay out of the fact that Michael Jackson and Queen Elizabeth wore this perfume - but as usual it begs the question - which iteration? and of course one can't know how their individual body chemistries reacted. A hint or two: Yellow boxes, whether lemony or sunflowery. Crystal stoppers, not plastic. The lyre bottle was only ever used for the original and the first reiteration. The small ray-shaped mini is good. And if you are very, very fortunate, you will come across Léon Leyritz's extravagant 1969"Janusette", a limited edition bottle in Sèvres porcelain adapted from one of Leyritz's sculptures, presented in a casket in Moroccan red leather. (c)2014 Daisy Morant

I first bought this in the EDC canister around 1980. It was on clearance at that time and I was intrigued by the name and picture of the dancing figures on it from another century. I remembered reading somewhere that it was a classic so I gave it a try. Wow, what a feeling came over me after spraying it. I felt transported to another time. It was a bit eerie. It's a definite "mood" fragrance. It seems very soft, feminine, vanilla-ish, like a whisper. I think of it as being the color lavender for some reason. I'm not familiar with all the notes but I know it has orange blossom and civet. On my skin it smells like a rich, complex ice cream made with rare and sumptuous ingredients. It's not like a modern gourmand, just almost edible. I wasn't sure at first that I wanted to wear something that smelled like it was from another time but I've fallen in love with it every time I wear it. I still have the EDC canister and acquired a small mini, not sure if it's an EDP? My skin is dry and eats scent but this lasts for hours on me. It's bold yet can be a skin scent too if not overdone. It's one of those that you'll either love or hate..I love..it's unique.

What an intriguing bunch of reviews is generated by this fragrance! I have a small decant of the EDT, described as 'vintage' by the decant service. At first sniff I thought it had turned, and was almost going to send them a polite note to say that their vintage bottle really was not wearable. Subsequent wearings have evoked different responses. One day it smelled fine but old fashioned: powdery and dowdy. Another day it smelled of hot, hot sex. Good grief. It's going to take a while to form a proper judgement on this one. No wonder people are fascinated by it!

Wow. Bal a Versailles is such a kitchen-sink scent, and from reading about it there are many variations between the cologne, toilette, and parfum versions. Some folks get a lot of barnyard-skank, or soap, or bubblegum - or all three and more. I can only attest to the recently-produced edt. Incense buried in piles of orange blossom, nestled in thick fur. I'm trying this for the first time just before Christmas, and it seems so perfect for the season - year's-end warmth and celebration, with a little pagan spirit. It evokes immediate comfort, pleasure and joy. This has been love at first scent.

unique, animalic, cheap, and strong. i love it!

An forgottable fragrance evoking memories of passion, very honestly to me this is the one fragrance I associate with love and passion and the overdose of civet with the powderiness, the heavier, sweeter florals, spices and leather create a very intimate sensation, reminiscent of intimate occasions which this fume is best suited for. To me one of the most beautiful, insanely emotional creations in the history of fragrance.