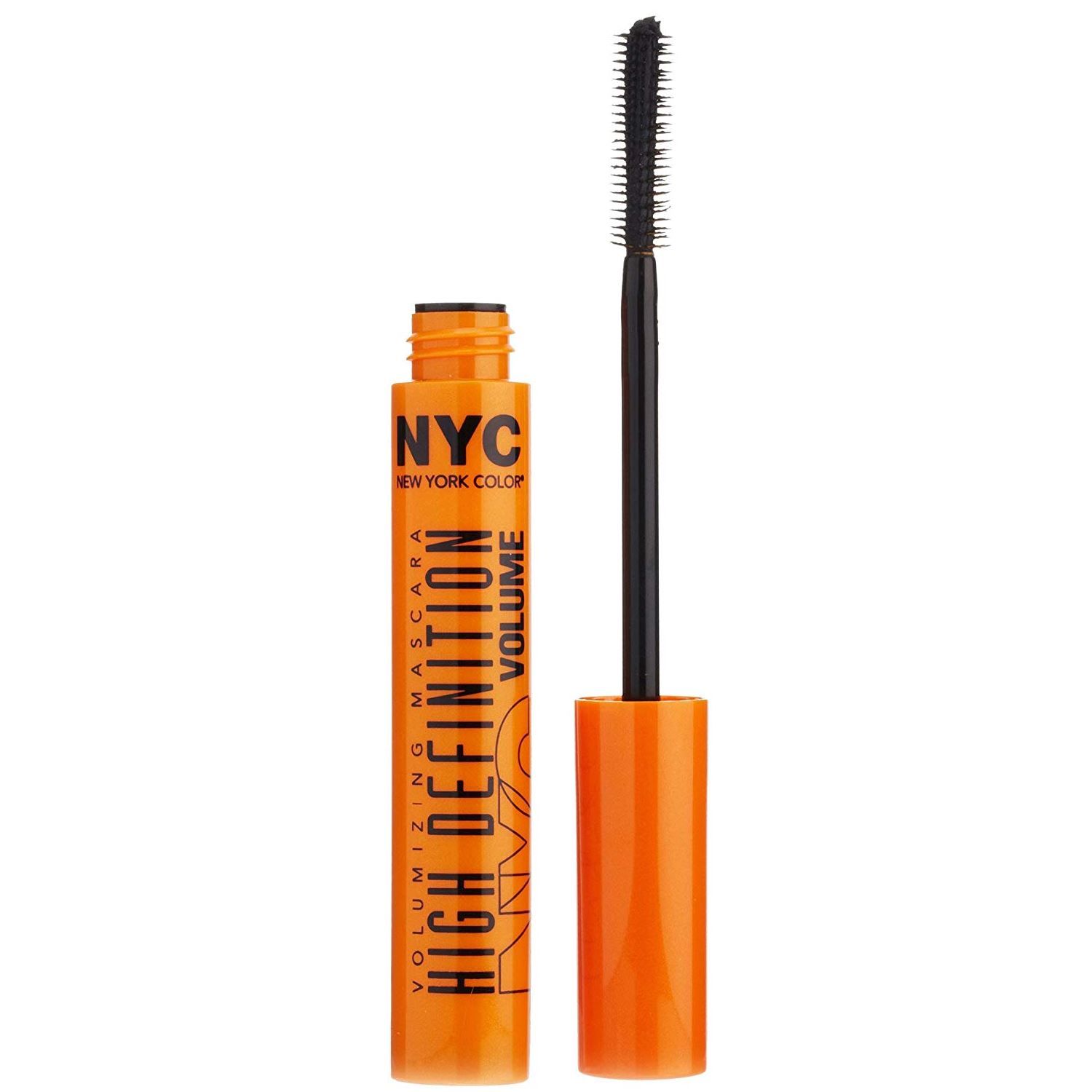 I love this mascara

LOVE it! Cheap HG! So far this is my favorite mascara &amp; I keep coming back to it. It is a true black that volumizes &amp; lengthes. I am able to wear this all day without any flaking or smearing. This mascara does not irritate my sensitive eyes. The best feature is the brush which is so much better than the traditional spoolie. This brush grips every lash &amp; the product does not gunk up on it as much. This mascara creates a natural dramatic look (I know but this is the best way I can describe it) so it can work for work &amp; after work events. It's cheap enough that it's worth a try! Notes: I did take a star off of packaging b/c the top cracked &amp; broke. But I did keep the mascara in my bag for applying on the go. Luckily it broke in a way such that no product leaked. Also the mascara does provide some curl but I still need to use an eyelash curler for maximum effect.

Just finished with this tube of mascara! I don't know when I exactly bought it but it lasted me a pretty good while. This mascara looks really pretty on, doesn't clump, looks natural, and its lengthening. The only little problem I have with this is it flakes (only a little bit though) after 8+ hours or depending on the weather. I noticed with some cheap mascaras they tend to &quot;melt&quot; or go runny, but not this! I really like this mascara &amp;#55357;&amp;#56842;. Oh, and even though I had this for a while, it didn't irritate my eyes like the previous Maybelline mascaras I had after owning it for 3+ months (which is the suggested time duration of mascara longevity).

The product does create volume on lashes but the brush gunks up with feathery pieces and that affects application. It's an affordable alternative but won't repurchase. I think Emily Noel recommended this on her video review otherwise I wouldn't have tried this at all.

This mascara is decent but not perfect Pros: Formula has a good consistency. Not too dry, not too wet Brush is good for eliminating clumps Good volume Inexpensive Cons: Only comes in black Makes lashes brittle Wears off during the day Doesn't give enough length. I know it's a volumizing mascara, but I expect at least some length from my mascaras, and this doesn't really do it. There are better products out there for volumizing, and I prefer Jordana's Best Lash Extreme for a black mascara with volume. If you like a rubber brush rather than a traditional spoolie, this might be good for you. It seems similar to Benefit's They're Real in terms of the look it gives and wand style, but I am not a fan of that mascara for myself.

Love this mascara! It really gives volume to my eye lashes and makes it longer

One of my fav's!, brought it from superdrug, cost me around 4 pound! would deffiently recommend this to everyone! lengthens lashes also giving lots of volume. love it!

i love this brush, the end result, and the fact that it is super cheap! the brush goes through my thin lashes well, and builds up length and volume! my only con is that it flakes. the most annoying thing for me about mascara is coming home and finding black flakes on your cheeks and undereyes. but this is a pretty great mascara, i would repurchase but i love to try new mascaras out, so i wouldnt repurchase it for that reason.

I used this for the first time today, and I really like the way it looks on my lashes! I have medium/long lashes, but you can't see them very well on their own. This gives me the look I want, which is very nicely defined, seperated lashes. I like my lashes to look full without looking like I have too much on. I was really impressed with this. Personally, this reminds me a little of the One by One mascara from Maybelline, which is one of my all time favorites.

Sorry ladies. I give everything a fair chance regardless of price. I mean why pay $20 for a mascara if you can spend $5 for the same results. This mascara was awful. My thin sparse lashes looked like &quot;sticks&quot; that is what my husband actually said. I looked like I had about 6 lashes per eye. Tried 3 times, no luck. Loving Bare Minerals Flawless Definition Volumizing. That's a great mascara. But always looking for something less expensive.