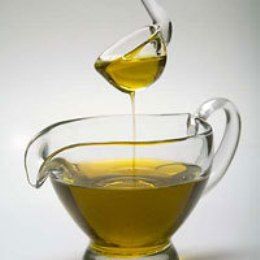 I used JBCO on my hair line and roots but did not notice much of a difference. It' is quite thick and viscous so a little goes a long way. Be careful not to use it too much or you'll end up looking like a hot mess. I religiously used this product for a year hoping to see some results but sadly it didn't work for me so I just used it tame this my annoying fly aways. It comes in a glass bottle which is nice because you can easily clean it.

I first bought MANGO &amp; LIME, cold pressed Black Jamaican Castor Oil as an experiment, having read about it online. I purchased a tub at a local pharmacy and it was AMAZING. It used it to moisturise my hair AND skin. For my hair; it thickened my edges (and my eyebrows) it kept my hair moist and it so also grew quite alot in a month. When the first tub finished, I was keen to get more but couldn't find it in the shops. when my husband travelled to the UK, I asked him to buy two tubs which he eventually bought online for me in the UK. He ordered it from a place called #Afrocosmetics4u. When they arrived, the top one was sealed with cello tape which was a bit odd. When I opened it, the oil was full of tiny, white beads which, when you pressed them didnt break down easily; almost like wax. The consistency of the rest of the tub was kind of wierd; it looked like heated up butter. and when i reluctantly rubbed it into my skin, it was kind of the consistency of paraffin and the little beads just remained on the surface of the hair and skin. Its repellent to look at! The second tub was fine. Its an amazing product, but I thought I would publish this review beause there that might be fake products on the market. The package of two tubs cost just under £20; so its not cheap. I'm disappointed. Hopefully this is an anomoly coz when I googled it there were no other complaints. Just FYI. I said I wouldnt buy the product again, but thats because its the only option on this form. I would buy this product again. Just only if I can see it.

I don't use the Jamaican Black Castor Oil brand but just regular castor oil. I do a hair mask every 2 weeks or so. I am careful to only put castor oil on the roots of my hair (cause it's difficult to wash out) and a mix of coconut and argon oil on my mid and end section. I leave it over night for the best effect (a couple of hours does nothing for my hair). It is annoying to wash out, I shampoo it 2-3 times to completely get it out and ALWAYS condition your hair to balance out the ph levels otherwise your hair won't feel as great as it can. My hair always feels baby soft for the next week or so. But it also means I get less split ends. I also use a q-tip to put a little on my lash line and brows. My naked lashes don't look that different BUT when I put mascara on, it's like a good lash day every day. My lashes don't stick together and when I coat all my super thin baby lashes, it looks great (I have Asian lashes and there's only so much castor oil can do). I definitely notice my brow hair growing more too! I am grateful that I naturally have nice brows to begin with, only have a couple of sparser areas, which is where I put the oil. But I do notice that I have to maintain my brows more regularly, which is fine since I pluck it myself anyways.

I have used castor oil on and off due to laziness and a busy schedule. I now can see I have consistently been using castor oil along with coconut oil mixed together equal parts. I put it over night in my hair every 2 or 3 days the wake up and wash my hair in the morning. I was super embarrassed to see that my hair started thinning due to bleaching my hair and adding heat damage. It was so bad that I stared seeing my scalp and at my age it was heart breaking! I know see little hairs sticking out and new growth starting to format agian!! I will definitely be using this in my regimen forever, 5 stars.

My intention for writing this review is for the ladies or men over 65 that have suddenly realised that they have loss of hair (due to ageing) as in my case. I had lots of hair throughout my life and over the past 2/3 years started to notice parts of my scalp noticeable through my hair. Never did I think that this would be a problem for me as I aged. Seriously I was in shock. I tried a couple of products with moderate results however all seemed to plaetu after a time and then stopped working. After a lot of research I purchase -Sunny Isle Extra Black Jamaican Castor Oil- I noted that the extra black was the stronger and truly I had no time to waste on any trial This to the best of my knowledge is not available in Australia so found a Ebay Store in the U.K. and had them send it. Postage almost equal to cost of Oil and with our exchange rate the cost of product was double. Did not care! I had read enough on Amazon that this was very highly rated and I had started to panic as you could see pink scalp amongst thin waving white hair. I could not help think that the hair was surrending to the inevitable. I have been using the oil for approx 8/10 weeks - I apply it every day using an squeeze bottle with a nozzle I do not skimp with the oil and as I build up more applications of the oil into the hair and massage I put on a foil cap and then a scarf. I leave in on and wash out ever couple of days. I use a cover of an old tee shirt over my pillow case for the night. YES - It is Messy - Sticky - Gooey Results I have new growth of hair around my hairline which I did not realise had recessed so much from around my forehead. I have regrowth of hair that had been lost MY HAIR IS NOW REGROWING DARK NOT WHITE MY only regret is how long it has taken of me to find this product and how I could have avoided the distress that this issue has caused me had I known.

I personally use this strictly on my lashes and my hair line. Not because its not good but purely because that's where I feel it benefits me in my opinion. For lashes: I apply on my lashes with a cotton bud (Q Tip for my US readers.) For my hair: I use heated up along with my deep conditioner. I must stress I have extremely thick coarse Indian hair, I would not recommend this or the majority of the oil based products for the more European textured hair types as this will make your hair feel very sticky and greasy. My hair personally absorbs a lot of oils etc. The smell is different but to be real not everything that's good for you is going to be perfumed, adapted and played with appreciate nature at it's finest and make a conscious effort to use it at times where it won't be noticed by anyone outside of the home. I think this is great, it works wanders for me and I believe its a great home remedy. Be open minded some of the reviews seemed very ignorant in my opinion. Give everything a fair shot before negatively reviewing. We all come here to seek advice and tips. Let's not ridicule or defame natural ingredients from mother nature when those comments could really put someone off of a product that could solve their concern. Thanks for reading everyone, stay beautiful. xoxo

I've used the Shea Moisture JBCO and apply it with an angled eyeliner brush to my lashline. I love how thick it is! It easily dispenses and loads onto the brush - no drips anywhere - there's a nutty, smoky aroma but it becomes less obvious once it's on. It's only been a few days of nightly application but my lashline looks fuller, blacker - as if I had smudged on some kohl! There aren't really any gaps in my lashes either. One thing though is that I've definitely had more eye crusties in the morning and my lashes, though more lush, do feel dry... All in all, this is great for lash thickening!

It is my second bottle of sunny isle JBCO and It has helped grow my edges. The result is more gradual than miraculous though! Still growing baby hairs around my hairline but no longer bald like obvious alopecia. It is heavy and quite thick in consistency so i sometimes mix with coconut or avocado oil to thin out the consistency a bit. I found out the skin care effect in firming my breasts after weaning my baby. The smell is not so sweet so i used it at night most times.

Absolutely incredible, grew back the lost hair on the hairline quickly and also made the rest of my hair super thick. I have to mix this with coconut oil though, otherwise it is too thick alone. I use these two oils for a scalp massage, as well as distributing them throughout the rest of the hair until everything is coated and then leave it overnight with my hair wrapped in a t-shirt so that it really soaks in.

SkinDry, Medium Brown, Not Sure

I don't normally write reviews on products but after searching the internet many Times for remedies for regrowing my eyebrows. As a young teenager I plucked my eyebrows so thin and they have never grown back to what they once were, so I was pretty desperate. I've been allowing them to grow back naturally for a few months now, a very slow process, so I purchased some Jamaican black castor oil from Amazon, the sunny isle brand and have been massaging it into my eyebrows every night for the past two weeks and already little baby hairs are sprouting in areas there hasn't been growth for years, I will continue to use and will update this review as to how well they continue to grow.