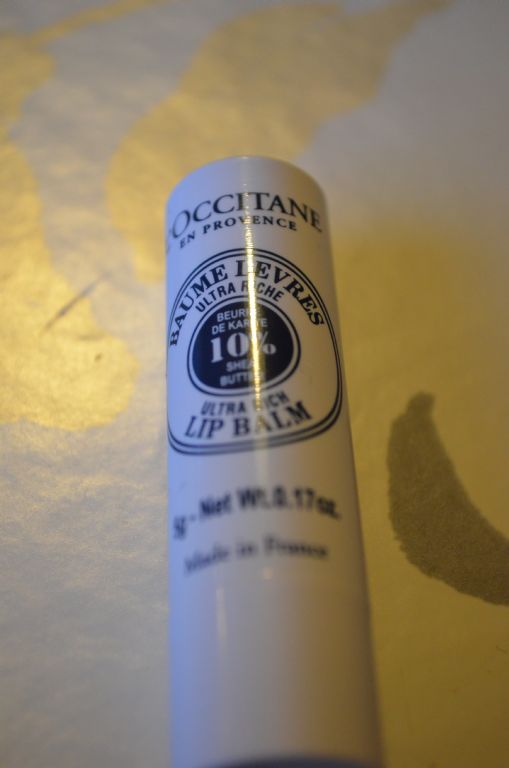 I love this lip balm, despite popular opinion it seems. It works a dream on my dry lips. It has quite a thick consistency - it doesn't feel waxy at all for me, and I have no issues getting it out of the squeeze tube I purchased it in. Perhaps the tube stores the product better than the stick? It comes out easily with just a slightly squeeze of the tube, even in winter that's just passed. I use this every night and in the morning my lips are smooth and hydrated. I find I reach for this more than my Laneige sleep mask. Love this product, will repurchase again once it finishes.

This lip balm is horrible. HORRIBLE. It just sits on top of your lips and has a waxy texture. It makes your lips drier and doesn't moisturise them at all.. It has a neutral but not quite pleasant smell.

This balm is really good. Pros: - Don't make a mess - Is not sticky (I hate those) - The smell is light and good - It is nurishing Cons: - Is not life changing, it is only a really good regular lipbalm - Does not contains FPS -

The worst lip balm I've ever used and I've used many, from dirt cheap lip balms to high end stuff. Best case scenario: This lip balm does absolutely nothing upon application. Worst (and common) case scenario: It'll dry your lips out and make them peel. Not kidding. Do not try and apply this on dry and parched lips, it will only hurt your lips even more. Ultra rich? Seriously, test your products before selling them, L'Occitane. Never buying this again and telling everyone I know to stay away from it.

I used this product up over the duration of two winter seasons. It does nothing for the lips. it is very slick and does not last long, I have applied it at night as well as during the day and have not noticed any significant difference to my lips other then very temporary comfort when first applied. I would stick with burts bees. The price for this product doesn't support the quality. I use a lot of product from this brand so this is very surprising to have such poor results. would not recommend and would not repurchase

Tube is misleading product only fills a third of tube. I keep trying this and get the same results meh. It’s very hard in tube takes a bit of pressure to coat lips. I put on at night when I think about it before bed. I use when my lips are in good condition doesn’t help chapped or peeling. I would have thought Shea would be extra moisturizing not so much. May try to use up product on feet instead with socks at night. Will not repurchase this or cute little tub.

Bought this after I saw an influencer I follow rave about it. It was €10 which I think is very expensive for a stick of lip balm. The first day of using it I noticed my lips beginning to peel when they weren't peeling to begin with. Naturally, I kept using it for a few more days thinking it would help. Eventually, I stopped using it for a few days and my lips returned to normal. I found it again and applied it a few times yesterday and in the space of 24 hours my lips are peeling, red and quite painful!! I am so dissappointed with this product and will definitely not repurchase...waste of money!

This is a waxy balm that feels like it coats the lips, rather than one that sinks in. I do find myself rubbing my lips together more and being in need of more frequent application with this. I am surprised that MUA seems to dislike this one so much and like Nuxe honey balm much more. I think they have more similarities than differences. (I hated Nuxe because it was waxy, didn't moisturize, felt gritty, but most of all because there was a kind of citrus that irritated my lips). This didn't irritate; it wasn't particularly moisturizing, but it wasn't all that bad either, in that it did feel like a protective coating. I would rather use Palmers cocoa butter balm (the one that looks like a big glue stick); Nivea lip butter; aquaphor; or, lansinoh 100% lanolin. Also, shea butter balms are actually quite inexpensive on Amazon and at the drugstore. I think I actually prefer cheaper balms, but it's possible if I spend a little more, I am more disappointed when they Aren't to my taste. MUA review by Firefire on Out of Africa Shea butter balm compares OOA to this product. OOA has 30% shea butter, so I will try that one next.

I suffer from extremely dry and cracked lips. As in, my lips are quite plump but everyone comments on how dry they are when they see me, or asked if I've spent too much time outdoors (I haven't). I don't understand the negative reviews for this product - are people storing it properly? It comes in a little pot and seems hard, but once applied it basically melts into the lips. The Shea Butter is amazing moisture-wise and after 2 days of consecutive use, my lips look and feel great. If I use this before bed, I wake up with huge, plump, moisturised lips. I rate this better than Carmex, Burts Bees, Blistex, Napolean Lip Service etc

This balm is very disappointing. It's waxy and hard, the texture is awful. It does not moisturize well and my lips do not really feel any better after applying it. I like the scent and will use it up, but will not be repurchasing. You would be better off picking up something at Whole Foods. Would not recommend. Most L'Occitane products are awesome, but this is a miss.