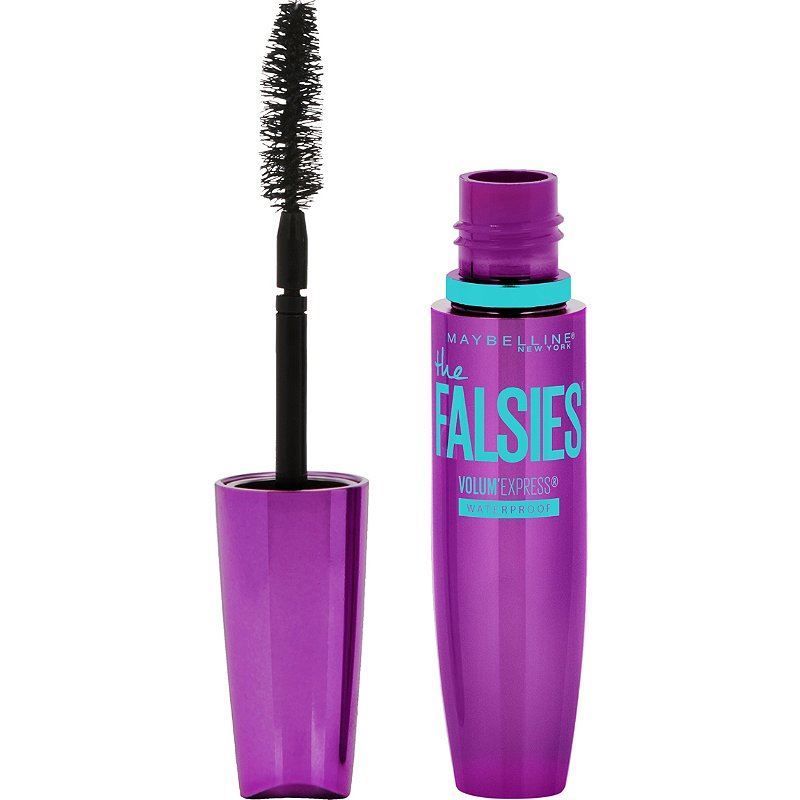 Unless you have super long, curly natural lashes (I do not), this mascara is unlikely to give you a dramatic fake eyelash effect. However, I do think it's quite a good mascara, especially for the price point. It is GREAT for holding a curl, which is why I specifically sought out the waterproof version. The original is not great at holding a curl, in my experience. I have short, very straight lashes with relatively thick individual lash hairs. My main goals with mascara is to achieve lengthening and to hold a curl; if lashes are pointing straight down, any added volume, length, etc. won't create as much of an impact, since they aren't pointing upright for all to see! Because of this, I always curl my sad straight lashes before applying mascara. Most mascaras just weigh down the curl and do not hold it, but this one does, and I am thankful for that. It has been the best drugstore mascara I've tried for holding it, so kudos to Maybelline! It's important to note that Falsies has a) a very wet formula that requires sufficient dry time, and b) a flexible, bendy curved "spoon brush". The brush is shaped that way in the hopes of lifting and separating the lashes. This shape makes it easy to place at the base of the lashes and wiggle upwards to coat them, but it sucks to use on the bottom lashes because it is quite bulky. I also recommend wiping most off the product off the brush, because the shape enables the bristles to hold quite a lot. If you aren't careful, it's easy to get smudges on your lids and skin around the eyes, but this can be avoided by applying slowly and deliberately. It does look nice on the bottom lashes and doesn't flake (as the regular does on me), just be careful while putting it on. Letting it have enough time to dry is VERY important lest you blink too hard and ruin your makeup, or cause it to clump by applying another layer too soon. I've seen people say to not let it dry completely before applying another coat, but I disagree; I've done both, and in my experience, letting it dry between coats makes it way easier to avoid clumps. I only bought the waterproof version because of my need for it to hold a curl, but I did test its waterproof claims in a hot springs pool. It is fairly waterproof and I was left with noticeable product on my lashes, however a bit of the mascara had made its way underneath my eyes, leaving small watery black smudges. After being exposed to water, the curl had sadly fallen completely out, but I can't really fault the mascara for that, as it was still mostly on my eyes and effective as a product. Removal is pretty average for a waterproof mascara. Using Clinique Take The Day Off Cleansing Balm, Bliss Makeup Melt, or plain coconut oil melts it off with relative ease, although you will probably want to use a cotton pad and work it off in layers (depending on how much you put on) unless you only put on a little bit. Just always be cognizant of being gentle with your lashes and use a good makeup remover and removal is not too bad.

This is a pretty good mascara. The best thing about it is that it holds the curl beautifully if you curl your eyelashes as i do. However I didn't really like the flimsy wand, that gives less control over the application, I would rather prefer it was a firm one. Moreover it smudges a bit under the eyes.

I actually really like this as an “enhancement’ mascara. A long time ago I watched a YouTube video on tricks to get lashes to look like falsies. Apparently the trick is to apply your mascara, and then apply a coat of a different brand. I’ve been using this as my different brand and it really gives my lashes a boost and fills them. As a regular mascara though... takes way too long to dry

Nothing really spectacular about this product. I feel it is worth the money, but it is just an average mascara. It doesn't do anything amazing, but it gets the job done and it is inexpensive. ( https://www.walmart.com/ip/Maybelline-The-Falsies-Waterproof-Mascara-Makeup-Very-Black-0-25-fl-oz/15076208 )

my eyes water like crazy cause of allergies so i need waterproof. this is the only decent drugstore waterproof mascara i can find. doesn’t actually make your lashes look like falsies but it’s a nice mascara that holds curl and gives a decent amount of volume and length. the best you can expect from a mascara, if you wanted better you’d have to get lash extensions (which i’ll do one day when i’m not on such a low income)

In a nutshell: it's far too wet, the brush is too big, you can't blink without it smudging on your lower and upper eye area, and it gives a spider-leg looking lash.

I've been using this mascara for a few months, and I'm very happy with it. The application is fairly wet, so you have plenty of time to add extra coats and brush out any clumping. Once this dries, it's fully waterproof. I've never had it run. It's relatively easy to remove. Most importantly, this mascara makes my wimpy lashes look much better. The price is reasonable. I think I paid around $7.00 dollars for my last tube. I will continue to buy this product.

I'm so sad about this product - not because it's bad but because I can't use it. Functionally, it's brilliant. It goes on smoothly and lasts all day. Being waterproof, it can be a bit difficult to remove but I reckon it would be fine if you used micellar water. The only problem is that it irritates my eyes. I put up with it for a while because it works so well, but I finally just had to stop. :( I don't know if others have experienced the same thing. Such a shame.

I wear waterproof mascara because I need it to hold curl. My lashes are very long but straight so curling is a major part of my routine. This holds the curl I work so hard to achieve but it smudges more than most mascaras I've tried. It seems to be very oil soluble which also makes it easier to take off but the smudging is just not worth it. The brush is also not very user friendly because two sides of it are flat with hardly an bristles so if you accidentally hold that part to you lashes you get a lot of clumping even when you try to brush it out with one of the other sides. It's just too complicated.