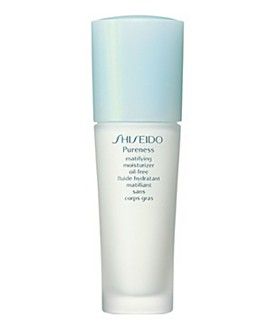 I only use it at night because there's no SPF in it but even so it has had quite an effect on my skin. My skin has pretty much transformed from dull and sickly to dewy and healthy since using this. I would definitely include this in my beauty regime when I can afford to.

Wouldn't recommend nothing special. A gel moisturizer with a pleasant smell but I'm fairly certain this was the reason my face has been acting up. I have combination/oily skin but this wasn't moisturizing enough. It was expensive and there a lot of products that are similar if not exactly the same in what they do.

This is another HG moisturizer for me. It's smooth, light and absorbs quickly. It definitely helps keep my oily skin matte. Also, the bottle has a pump! Would definitely buy again.

It will not make miracles if you need to repair overdryed skin or mattify oily skin. It's just another one light moisturizer which absorbs well.

This is a ok moisturizer it is light and watery but it doesn't control oil. The pump is hard to use sometimes it works but sometimes it gets stuck and hard to press and the prouct shouts out everywhere. I found this not moisturizing for even my super oily t-zone and not for the rest of the face. This is weird it doesn't control oil or moisturize. Not good if you combination or oily skin that gets dehydrated easily with flaky peeling patches. My face is still dehydrated flaky peeling patches underneath but oily on the surface.

I love this moisturizer! I don't have extremely dry skin, but when I wake up I need to use a moisturizer to feel refreshed and clean. This shiseido lotion feels extremely refreshing on the skin and leaves it soft and moisturized without any stickiness that I usually get with moisturizer. I ran out about two months ago and have since used Clinique Moisture Surge and other shiseido products, but nothing has come close. I'm a little hesitant to repurchase it, since it is very pricey to me for a moisturizer. If I come across a deal, I'll snatch it up for sure!

This product is extremely similar to The body Shop's Seaweed Mattifying Day Cream. They have the same color, look the same, feel the same, but the scent is slightly different as this has a more floral scent while the body shop is more earthy. The only reason I switched from TBS's seaweed day cream to this was because I felt like the TBS's day cream made my pores look bigger after using it into the second jar. I don't have a problem with this one for size of my pores. It doesn't seem to keep me matte for any longer than TBS's cream, but this is more than double the price of the other for the same amount of product so you be the judge of if you should buy this. The packaging of this seems to be perfect since it's a pump bottle with a lid, and it's a glass bottle which seems more fancy, but in actuality, it's very heavy and the lid isn't very secure to the bottle no matter how hard you try to cap it back on so I never pick it up by the lid because I feel it's going to slip off and the bottle will fall and shatter glass everywhere. The pump on mine seemed good but I'm starting to notice that it's getting harder and harder to actually pump product out (I'm half way into the product). I've seen a review of this on YouTube before and the girl had the same problem with her pump so I guess it's a more common problem. For the price of $40 CAD, it's really not worth it because you can get the same result and pretty much the same product with the Body Shop's seaweed cream for half the price.

This is just okay. The product is lightweight but it doesn't really help at all with shine or provide that much moisture.

SkinVery Oily, Medium Brown, Not Sure

I was looking for a mattifying moisturizer to use in the morning. I knew shiseido is a good brand and there is a lot of science behind their products so i decided to give this a go. This product was $40+ dollars, I was expecting something great from the product. However, I was really disappointed by it because i saw no difference in my skin throughout the day, it did no control my oiliness like it claims to do so... the thing that i like about this moisturizer is that it is very watery and light feeling and it absorbed quickly after it is applied onto the skin. but after a week of using it, i returned it because it doesn't help control my oils. I'm sure you can find better products for half the price out there for shine control. If you are oily like me, don't even bother with this product.

I love some of the other things in the Pureness line (blotting papers are an HG product for me), so I thought I was going to like this moisturizer for my oily t-zone and décolletage, which are both very breakout prone. I have never actually seen any instructions that say it can be used on the décolletage, but I haven't seen any that say not to. As for the t-zone, this definitely did mattify, but it only lasted around an hour, and I think it made me oilier, like the oil was waiting to burst through, and it made my makeup ball up. It also gave me 2 milia on my forehead and a lot of blackheads on my face. But the thing that made me most upset about it was that it made my décolletage break out horribly, in blackheads, whiteheads and several pustules. It was so bad that I had to avoid wearing anything that showed that area at all for a few weeks, even if I covered it with body foundation and heavy concealer. From now on, I will stick to oil free moisturizers for these areas, but won't use anything mattifying.