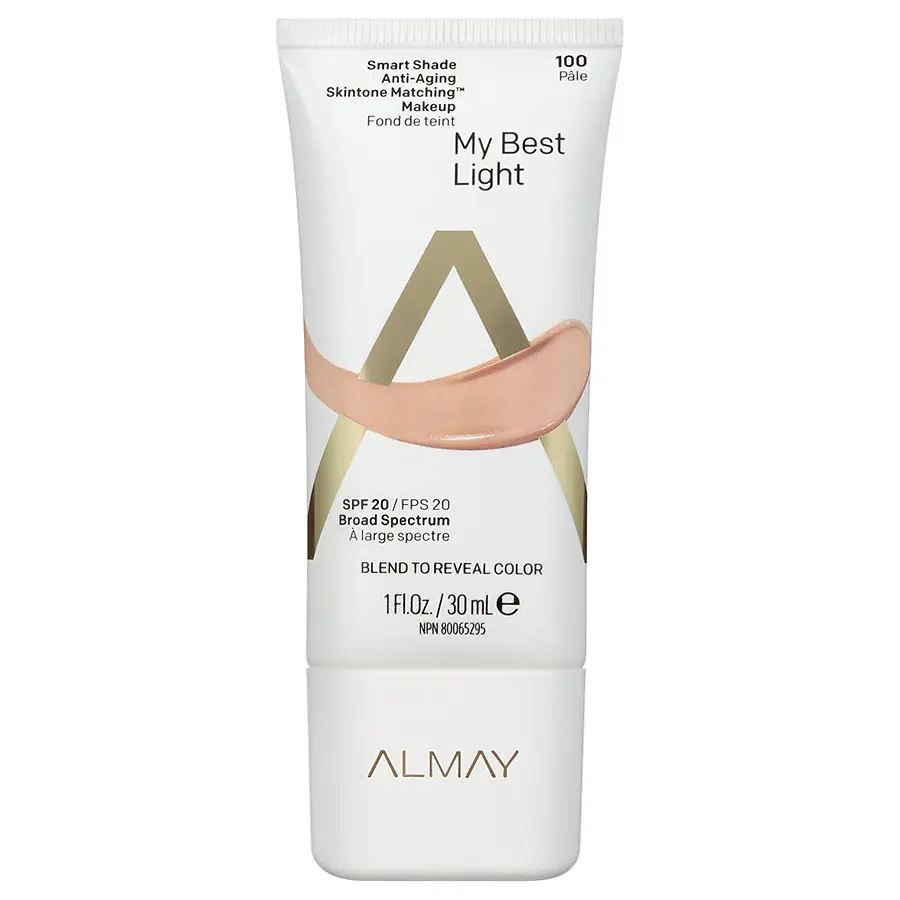 I’ve been looking for a new foundation that had staying power but wasn’t drying to my already dry skin. I’ve tried all kinds of high end and drug store foundations with little luck. In an act of desperation during a recent trip to the drug store, I picked this up along with a another foundation. I Love This Stuff. I haven’t even tried the other foundation because I’m reaching for this everyday. I use this over my AM skincare and sunscreen and it blends in beautifully using my fingertips. The color is a perfect match for my fair skin. I can not recommend this enough.

This is a great find. Have been using most days and it's perfect in spring/summer with a little powder and under-eye concealer. It's dries to a believeable matte finish (not too dry) and feels like skin. Having slightly combination skin, it also keeps shine away which is awesome too. As others have noted, it's very portable and a great size for purse/travel. Love it!

I have avoided trying this foundation forever, the color change thing was just too gimmicky for me and the foundation colors were way too few. Fast forward to now, since they have a Light/Medium color I picked it up. And I LOVE it. Beautiful color match (shake, shake, shake well or it will be too dark), natural finish, doesn't settle in lines too badly, lasts all day. The best part is it comes in a nice tiny flat tube that fits my purse and makeup bag!! I have older dry skin and this is crazy good stuff. PROS Small slim tube no heavy fragrance natural finish lasts all day can layer it, good coverage great color match Good price point 20 SPF Can buy it pretty much everywhere OK for dry older skin OK on yellow/olive skin CONS Having to rub it on to get the color to appear. Just want it premixed when it comes out of the tube.

Ok, I just finished reviewing the Maybelline FITME foundation and said I was going to review the Almay CC cream I have been using, but actually it is this foundation. Anyhoo, this stuff is the bomb (for me). I am a 53-year-old woman with what I consider to be NORMAL skin. I previously tried the Maybelline FITME and also WET N WILD Photo Ready foundations and found that both were way too drying for me. So I just picked up where I left off, with this product and realized the "grass isn't always greener". I initially tried the other foundations for more coverage, but after going back to this realized it actually is buildable for more coverage. It does not make my skin look dry and cracking like the other foundations, probably because it is Anti-Aging. I was going to give some other Anti Aging foundations a try, then decided, why? This stuff works perfectly. You can use just a little for minimal coverage, or build it up (which I did not know because I thought I was using a CC cream) for more coverage. I also use the Almay Smart Shade anti-aging concealer and love that also!!! So, this is it...I am done trying new foundations...as long as Almay keeps this on the market this will be the only thing I will buy!!!

There are a lot of days where I don't want to do a full face of makeup, when I just want something that will even my skintone and take the shine out of my sunscreen. This "foundation" gives me exactly that. The reason for the quotation marks is because this doesn't give me much more coverage than a tinted moisturizer would, but that's what I want. Anyway, I take a 1/4tsp of this and rub my hands together to activate it before pressing it onto my face so I don't disturb my sunscreen too much (I know this has spf 20, but that's not nearly enough for me). It matches my NW20 skin perfectly. I've never had problems with it oxidizing or wearing off, but I have dry skin so that might have something to do with it. Personally, I really like it and would definitely purchase it again. I think Almay needs to do a better job explaining/marketing this product though because the name is both confusing and kind of misleading.

I picked this up on a whim. I am very pale and have trouble finding foundation that matches my skin. I usually buy Almay TLC liquid foundation in Ivory and it actually matches. I saw this and thought the anti-aging would be good. They have a shade called Pale and I thought since their ivory is light enough for me, this may work, especially since the color is supposed to match your skin tone. When I got it home and started to put it on, I discovered that the Pale shade is way too dark and very ORANGE. This would never blend into my skin.

One of my favorite beauty youtubers loves this so I gave it a try and I would buy this again. Its white but adjusts to your skin shade and works perfect for me, I love how it is not sticky, it feels great and light with a bonus of spf.

FULL REVIEW / Impression: I'm really (REALLY) into makeup so when I had the chance to buy this foundation at a cheaper price, I took it. Honestly, I was really skeptical about this product before buying due to the 'smart shade' bussiness but finally convinced myself to try it. Thanks to the makeup gods I did! I must admit that at first it feels a little tacky and smell a little weird (not bad, just weird) but believe me this is a really nice product. I have only worn it once and I am fascinated! -The Smart Shade is for real, no kidding. You literally see it turn your shade the second you start applying it on your skin. -It is medium coverage, nothing out of this world in that sense but, the finish is soooo natural looking it is like your skin but much better. -It is not completely matte neither is it dewy which I, personally, adore. -I wore it all day and without any setting powder and it stood in place all day; no creasing, no patchy-ness. -I think it is perfect for makeup Beginners as well as people that are very into makeup since it is not heavy on the skin. -It is so easy to apply. I say 'easy to apply' because some foundations are just so thick and tacky you have to blend in for so long before it even looks decent...

PROS: - amazing color match - looks natural - good coverage - goes on smooth - moisturizes CONS: - greasy - shiny - creates breakouts - too heavy Would love this makeup if it wasn't so heavy and oily. I rarely get pimples. Maybe one every few months but while I was wearing this I broke out all over my face with tiny pimples. I was looking for a light foundation to even out my skin tone a bit not to hide blemishes so this makeup was pretty pointless since it made my skin worse. However I could see it being good for people with super dry skin. And the color changing is mind blowing.

I love this product and have been using the product for a year. I have tried many foundations including high-end ones which have ended up in the trash. My daughter told me about this product; however, since I am 67, I was concerned that it would not be suitable for me and would collect in my lines. Well it does not. My face tends to be dry with reddish areas and this foundation conceals it. I do use a concealer on any dark spots. This product provides moisture plus SPF 20 protection. The tube lasts about eight (8) weeks. I apply this product once a day and it lasts until I wash it off at night. This product is reasonably priced amd offers discount coupons occassionally.

UV Under Base Mousse103 reviews