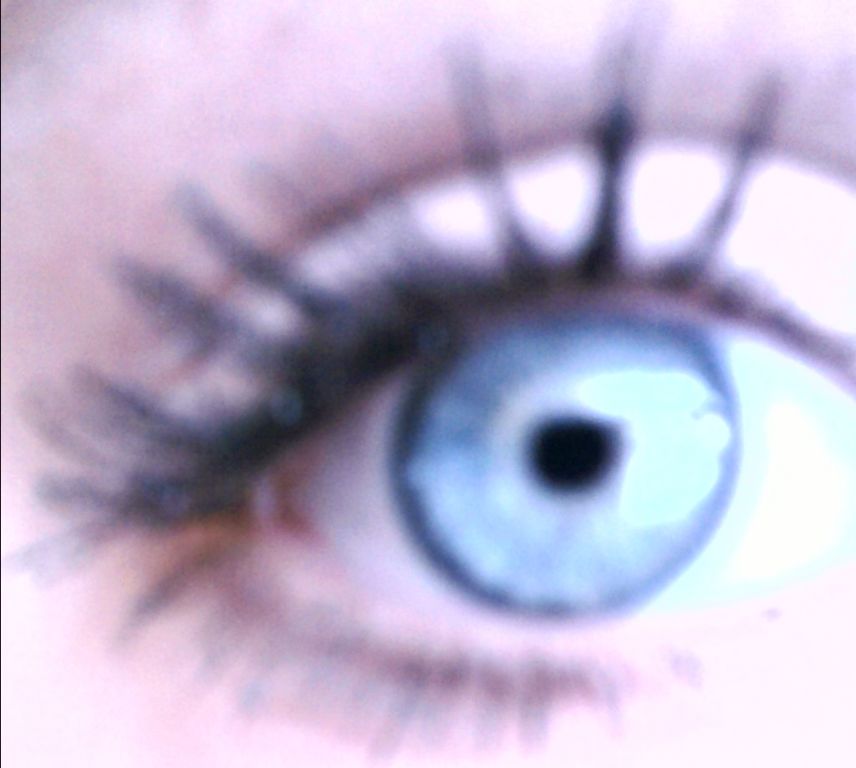 Doesn't clump. Goes on good. Looks good at first but within 2-3 hours it is all under my eyes. Threw it away and won't buy it again.

Finding a mascara to love to put on each day is probably one of the most satisfying feelings that my inner makeup addict has felt. Lash Stiletto Voluptuous was one of those mascaras. It's pretty easy to make me happy with a mascara, and this one fit my bill perfectly. I wasn't completely blown away per se, but I have zero complaints about this mascara. I've tried the original Lash Stiletto, and I was pleased with how it lengthened my lashes, but I had some flaking issues. I decided to give the Voluptuous one a try when it was on sale, and I was not disappointed. The results this mascara gives are great. It's one step up from natural eyelashes; so if you're not a fan of those big, black, thick lashes, then this one is worth a shot. It lengthens excellently, volumizes decently, and darkens the lashes significantly. Even with my short lashes, this mascara was able to give me noticeable length and volume in only one coat. Two coats may be too much with this mascara, since it dries quickly, so layering it isn't the road to the best results. This mascara works best when applied once, and it's enough to bring out its best. The brush of it was shaped a lot less awkwardly than it may seem on the box. The S curve is not as prominent; in fact, it's more like a spoon-shaped brush than anything. Its bristles are thin and somewhat sparse, which doesn't inhibit the product from being applied. I did find that the bristles are somewhat sharp, so it may not be too forgiving if it accidentally pokes you in the eye. However, the short bristles allow for easy application from practically every angle, which is very convenient for the longest, shortest, and bottom lashes. The texture was good; it's on the thinner side, but that allows for less clumping and greater length. It dries to a matte finish; it's not a perfectly black mascara, but it makes my lashes look naturally dark. Also, I have no flaking issues with the formula! It stays put all day-- as long as no water hits it, of course. So, the staying power is excellent for a washable mascara. The tube itself is pretty long and- you guessed it- stiletto shaped. The wand is unusually long, though; if you've used a smaller mascara tube in the past, this might take a few days to get used to. Otherwise, this is a great product. It's priced fairly well; it's closer to $10, like $8-9, but it lasts for a long time. Lash Stiletto Voluptuous is a successful followup to the original one; I recommend this for anyone who wants excellent length that's not too overwhelming.

What do I look for in a mascara? I look for something that will lengthen , volumize , won't clump and will stay put for the WHOLE day. This mascara would probably be the best mascara I have ever purchased due to its longevity and ability to really extend my lashes. I've tried Estee Lauder , I've tried Clinique and I've tried Chanel and NONE of them do half of what this mascara does!

I found this on sale for $2 so I had to try it, finally. And at first I didn't think it was anything special. It just looked like every other mascara I've tried over the years. But after a few uses, it was the right consistency and looks great. It gives great volume and length. Usually one coat is enough. This has possibly become my favorite mascara, I love it

This is definitely one of my favorite mascaras. I'm a girl on a budget so I tend to alternate between about 3 mascaras depending on what's on sale when I need to buy more, & if this is, it's my first choice. I've tried the regular Lash Stiletto in the black tube as well, & I personally don't find there to be a huge difference between this & the original, but I like this one a little bit better. It's a 'wetter' formula, which I happen to prefer. The brush has lots of tightly packed bristles & does a good job at gripping the lashes & getting all of them. It gives good volume & length & doesn't get clumpy and lasts all day. The reason I'm giving it 4 rather than 5 is because the brush is a bit long, so it's not as convenient doing bottom lashes with it. But all in all a great mascara, & seems to do the most for my lashes over other mascaras (and I've tried alot!)

I detest the tube! I love beautiful, classy packaging, and I find this tacky and girly. At first I also hated the product. I found my lashes turning out looking very long, but also very thin - like there just wouldn't come on enough product. I found a way to make it work, though: Letting each layer semi-dry before adding another coat adds more volume to the lashes, thus giving both length and volume. Be careful not to end up with a spidery look, though! It stays put and doesn't flake or smudge and it's easy to remove - it kind of comes off in pieces - and doesn't seem to harm my lashes. Would probably repurchase, but most likely only if I came across it on sale.

I bought this mascara for only 2 dollars. Yes. Just two. So I just had to pick it up. The quality of the mascara isn't the best I've tried... It's not exactly smudge-proof, and it doesn't layer on very well after it dries. It is, however, extremely cute to hold in my purse or lockers! I simply love the design of the bottle, I think it was really crafty of them to shape it like the heel of a red pair of pumps. The top of the tube is also really well built-it snaps into place when you close and open it, so you know that it won't dry out. The shape of the wand was also pretty unique, I simply love the wand. It's so easy to hold onto (since it's a square handle, not a round one), absolutely no slip grip! The wand really do get into every single lash, even the little ones in the corner of my eyes. I think the wand does just as well as the Maybelline Lots O' Lashes small grabber brush. I think this mascara is great for people who are starting make up, or want something extremely easy to throw on in the morning.

Womp womp wommmmmmmmmm. I always thought this mascara tube was hideous so I would never buy it, but it was 50% off at Meijer and I was grocery shopping with my stepdad and he was buying everything so this was my chance to get this. But it is going back when I have a free day to return the things I did not like. It's mediocre at best. The reason for the 2 stars was mostly because I liked the brush. It reminds me of a little wiggling caterpillar. I don't like curved brushes but this one is curved, big, fuzzy, and has that part at the end. It's best for pushing up the outer and inner lashes. So it's like an S turned 90 degrees to the right and stretched out east-to-west, instead of a C. It's especially nice on the lower lashes. Now, that last comment, it's hard to find a good mascara for the lower lashes. I have HG mascaras though, and the ones I have, work nicely. I just love to try it all. Just a suggestion for others. So why don't I like this mascara ? It took me 3 coats to get my lashes to look like I do when I apply 1 of my HG, which also happens to be a drugstore mascara. My way of applying is doing one coat on top and without putting the wand into more formula, doing the lower lashes. Then "resetting" the wand, and doing the other eye. A HG mascara is amazing at one coat, not three. If they changed the formula and the ugly packaging it could be better. Stiletto provides no thickness, and average length, mostly separation and definition. It's just not good for upper lashes because you need at least some thickness so that you can really see the length of the lashes. The brush and formula coats the hairs in blackness (and it stays black all day and night long) but in one coat it's not worth the regular price of over $7. It's the most disappointing mascara I've used in a year.

In the mornings I rarely apply make up, as long as my skin is clear I pretty much just go with a mascara & maybe a bit of blush/bronzer depending on the season. I love love love this mascara, when my previous brand got discontinued I was heartbroken. I tried several MAC products since so much of my make up is from them but I left was disappointed again. I tried this & loved it! It lasts all day & there is no need to reapply at night. At night, it is easy to take off with just some warm water.