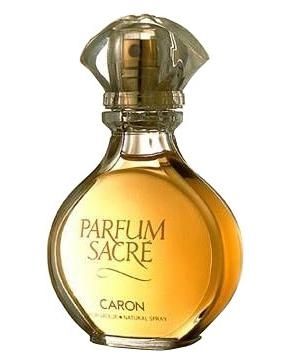 I have been trying to find reviews online of the newest Carons in the rectangular bottles, apparently released in 2013. The newest reviews here are from 2014, but it's not clear that references to reformulated stock refer to these bottles, and I think they refer to the previous formula in the peppercorn style bottles. So I hope this helps others looking for new info. I have a bottle of the original Parfum Sacre in the gold bottle, with just a little left now. I have also tried the more recent formulations but never purchased one because I prefered the original and still had some. Now at the point of wanting a new bottle, I debated over seeking out a vintage bottle or trying the newest version. I opted for the latter because one never knows with vintage stock, and I reasoned that since PS is from 1990 and not 1920, it probably wouldn't be *that* different. I didn't love the previous version because it became more powdery on my skin that the original, but it wasn't horrible... I could have lived with it. So, the new version in the rectangular bottle... I am delighted with it! It's very close to the original, and if I weren't a picky perfume obsessive, I probably wouldn't notice the difference. I will hazard a guess that the mix of musks is different because I have a blind spot to the fragrance several hours into it, and then it resurfaces and appears much stronger. I am sure it doesn't literally disappear, it's just my inability to detect one of the musks, which is common. So my perception of it is as follows - opening, pretty bombastic, obviously Parfum Sacre, mellowing within 15 minutes to something obviously Caron... I don't know what makes this signature, but I have smelled it in vintage Nuit de Noel and Tabac Blond and En Avion... it used to be the 'mousse de saxe'... and the original PS didn't have this character, so for me this is a welcome addition and nod to its lineage and the house style. And then the heart of the fragrance is at it was - rose supported by an impression of incense, which is a little spicy, powdery, balsamic, musky. The rose sometimes reads as soapy; the sillage reads as incense and is present even when the fragrance is hard to detect nose to wrist, for example. But as mentioned before, this could be my blind spot, say two to four hours into it, because then when we reach something like eight hours, it's much stronger again. The morning after wearing it I can still smell a soapy musk on my skin. So, not the most romantic of reviews, but there are plenty of those here already. I am happy with my purchase and happy that Caron seems to be on the right trajectory again. I know for some time many people were unhappy with reformulations, but it would have been very sad to see the company run into the ground as a result. I hope it has recovered and continues to thrive and will turn out new masterpieces in the future. As an additional note, I purchased directly from the company online and the fragrance was shipped very quickly, was beautifully presented, and they included some samples.

I like different types of scents, I often opt for a brand that cannot be found in the average department store (although occasionally there are gems to be found) After testing a few samples, I don't think that I get on with Caron scents and this is no exception. Somehow Parfum Sacre manages to be simultaneously creamy and sharply cloying. I would love to know which note I dislike so much but I'm afraid I am so irritated by it that I've had to wash it off after a few hours' wear! So far, I have tried Nocturnes (did not like), Aimez-Moi (wearable) and this sample which is sadly going in the bin. My favourite by far is Tabac Blond. I have two more left to try, My Ylang and Piu Bellodgia, I hope to find at least one I enjoy wearing.

I read on the fragrance board where one of the regulars, cholepoodle, had smelled this and heard Angels Sing. I respect her input on the boards and I was so excited when I read this, I made a short trip to accommodate myself to be able to experience such joy. Alas, I was saddened because for me it was only heavy, cloying, and smelled very much like something you'd expect to smell on an old woman.

I loved the top notes. But for the next six hours I smelled rose soap. Eau de Laundromat. I gave it a second try, hoping for a great dry down, but I couldn't ever get past the overwhelming soapiness of it. In Nicaragua, where I spend a couple weeks each year, everyone hand washes their clothes with a floral bar soap. This reminded me of that. Decent longevity, though, I must say. I smelled soapy for a very long time.

This is for the Parfum Sacre oil. It seems like a love or hate thing, as with most Carons. I can't say I'm a big fan of this somber, serious classic perfume house. The opening notes of this perfume, to my nose, are NOT a winner. Wayyy too serious, 40s style. I hate lemon though, so that might be why. The mace as well, can't imagine that would smell good. It's all a big sober, straight mishmash of various spices with no depth. Then, however, the mid-notes really settle down and mellow out to something quite seductive and lovely. Still, there is a hint of woods that I'm not fond of... the initial smell I like, the lingering after-smell I do not. It is slightly masculine at the base, and not in an animalic, dirty sense, but in a stripped, sterile clean woods kind of smell. The ambergris and vanilla really blend well together though, they add just a hint of powderiness and skin-saltiness to the vanilla that I like. Just to clarify, I like powdery, creamy, animalic and soft-- I don't like dry woods, syrupy perfumey smells, or anything that smells particularly &quot;masculine,&quot; so I can't say I'm a huge fan of this overall or anything else I've smelled by Caron. However, that being said, I can still imagine reaching for this when I'm in a very serious mood, or in pain, or if it's a rainy day, etc. This has some type of addictive quality that will leave me reaching for more, I can tell. There is nothing else quite like it, and I'm glad I tried it.

I love this fragrance. On application, it's very sharp and spicy, almost masculine. Then it softens into something warm and seductive. Still spicy and deep with some sweetness and more floral notes. It's a very assertive fragrance, to me. I imagine a strong, confident woman in a jewel-toned cocktail dress. She's dancing alone on an open air dance floor under the stars as a jazz band plays something slow and sensual. Yeah, the power of scent. lol Unfortunately, this doesn't last on my skin. If it did, this would totally be a date/going out scent.

I actually had this on my wishlist, based purely on the all the glowing reviews on here! That is until today, when I received a sample of this and was sadly disappointed. The notes are vanilla, myrrh, civet, cedarwood, lemon, pepper, mace, cardamom, orange blossom, rose, jasmine, and rosewood. (according to TPC) I can pretty much smell all of these notes in varying amounts, but the opening is a nasty blast of lemon and pepper with some cedarwood, then the lemon disappears and it softens into a powdery rose with some spices but NOT nice golden delicious spices, but more of a cold spice mixture (possibly the myrrh/mace?) Also the pepper never disappears on me, it's there steadily until the end. I am not impressed. The notes sound Divine, but it just didnt do it for me.

Very disappointing. This gets such high reviews I thought I could not go wrong. . . wrong! I didn't smell any rose in this. I love, love love rose in many forms, Montale Aoud Queen Roses, Montale Taif Rose, Chanel 19, Paloma Picasso, Knowing. . . but Parfum Sacre is &quot;roseless&quot; in my nostrils. I do get vanilla, cinnamon perhaps some middling quality sandalwood and then. . . more vanilla. This actually made me feel a bit queasy. It's not strong, has poor sillage and basically no character. I now see why it rated as unnecessary in &quot;Perfumes - The Guide&quot;. Don't get me wrong, it's not offensive, it doesn't have enough character for that, so if you want a generic, bland fragrance that isn't likely to offend, chose this. In fact, after wearing this all day, I don't think I could identify it if someone wearing a gallon of it walked by. I should mention, like some of the previous reviewers noted, this also had very poor lasting power on me as well, and I tried it on skin and clothes. This is for the EdP. Sorry Caron. . . .

love it and always come back to it. i don't remember if i wrote a review on it before, but it's worth another great one anyway :) it is a perfect amsterdam in october fragrance to me. just amsterdam in october, with no leaves on the trees, wet asfalt shimmering under the rain at night, canals, the sweet smell of the fallen leaves, the waves of warmth and sweet exciting aromas from the cafes i pass by... :)

Velvet flowers and honey musk. Smooth and sensuous like silk but still a lady. There seems to be a steady density to the way the fragrance lingers near you. Some scents that wear close seem to come and go as you move. But this is always quietly and firmly present. Love it.