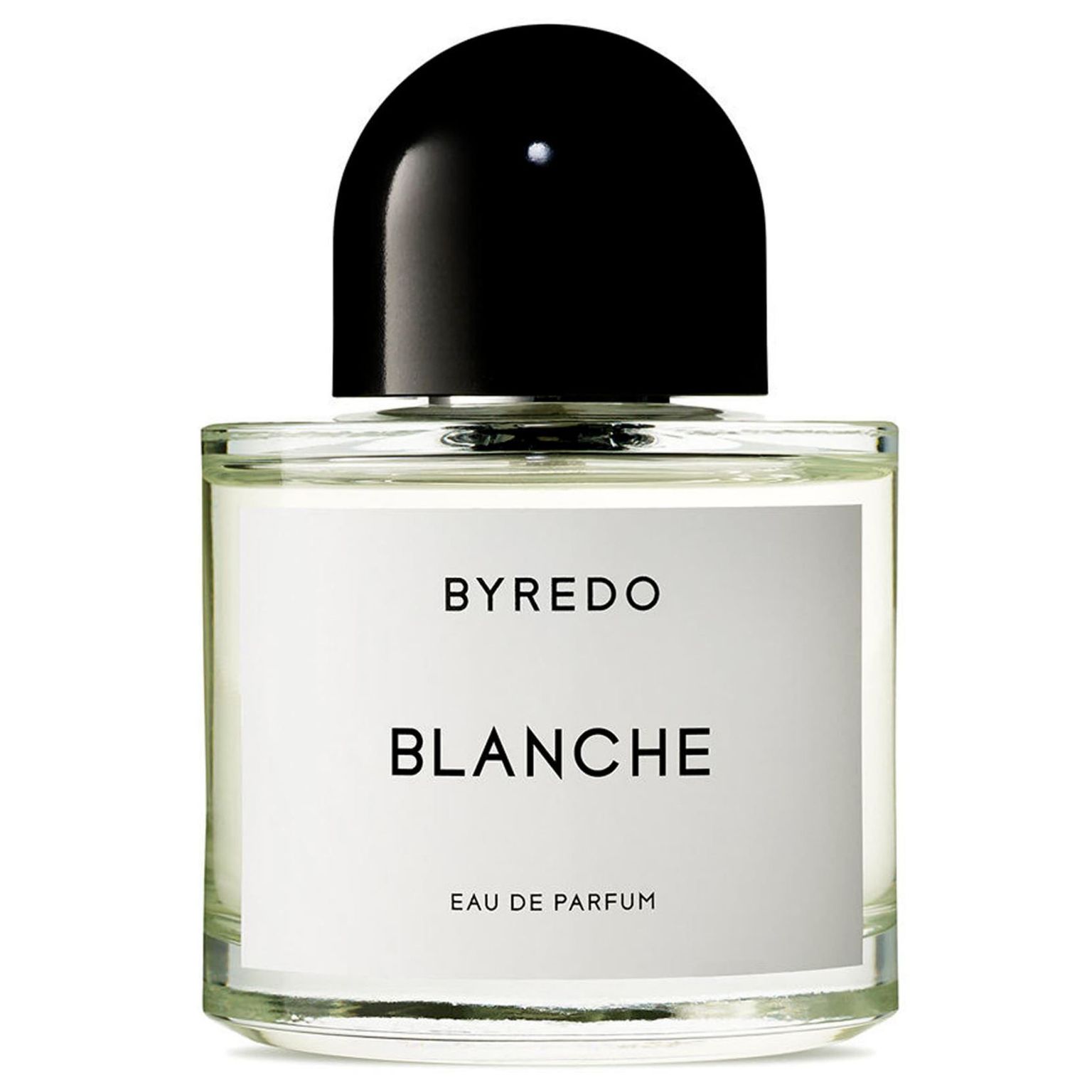 Soft, soapy, clean, almost creamy. It starts out bright and a bit sharp, but it settles down gently after about 30 minutes. I love the smell. It also lasts quite awhile, around maybe 4 hours on me with one quick spray.

I received my sample from Luckyscent. This is a pleasant scent. It reminds me a bit of Jo Malone's Wild Bluebell, with a touch of Dawn liquid dish soap. Blanche is definitely soapy and fresh. Definitely made for springtime and warmer weather. Good for the office. I like it. Blanche is not groundbreaking, but it's nice and pleasant.

Disclaimer: I tested this on the skin of my arm. The description sounded attractive, so I put some on in the shop and forgot about it. After a while, I started getting whiffs of something quite sharp and floral, kind of synthetic smell which went up my nose and made me think, gosh, the hand soap in the ladies must have been pretty heavily scented! Not pleasant. Then I realised it was this perfume. Glad I did not buy it. Velvet haze was a much nicer smell, which I'll need to sample again.

This starts out smelling like fruity shampoo for a few minutes and then smells like laundry soap (before laundry soap was scented). Finally, it dries down to a light musk. The musk scent lasts a long time but is nothing special.

I'm a big fan of this one. light and clean enough to be an everyday fragrance but doesn't smell soapy or synthetic like the Clean line. To me it smells like I'm lathering up with high end bath products in the most posh of European hotels. Clean, bright and luxurious. here are the notes: White rose, pink pepper, aldehyde, violet, neroli, peony, blonde woods, sandalwood, musk

I own several fragrances by Byredo and I really like the line for its original creations and clean, classy packaging. I received Blanche as a gift after having sampled it only once in a store when I also sampled Gypsy Water which is another one of my Byredo favorites. I learned later that I was supposed to receive Gypsy Water but the friend who gifted me Blanche mixed up the two names so I ended up with Blanche instead. Not the worst mixup for sure. I love the idea of fresh, clean scents of linen, a spring breeze and sunshine, all these come to mind when I smell Blanche. In that regard, Blanche aptly captures all that and more. What made me give four instead of five lippies is the Blanche opening which on my skin is a rather sharp whiff of laundry detergent. Literally like having a bottle of Tide under your nose. It does soften within the first half hour, but the initial burst is a bit much for me. Blanche then transitions into a very beautiful phase which is still clean, slightly powdery with a soft touch of rose and peony. Lasting power is quite good, the scent stays close to me. Like Gypsy Water, which I bought a bottle of in the meantime, I enjoy using Blanche on the weekend. I answered yes that I will rebuy this, because I do like it well enough. However, but at that price - $220 per 3.4oz/100ml - I could imagine that by the time I finish my bottle another line will have come out with their interpretation of a clean scent, which I may be tempted to try, and hopefully at a lower price point.

Would this scent ever become my signature? No. But it definitely earns 5 lippies for its ability to evoke a feeling, which I think makes it a great scent. It's definitely clean, and even a little soapy, but it isn't cold or uninviting or flat, which differentiates it from so many other &quot;clean&quot; scents. When I smell this, I not only think of clean laundry, I think of clean laundry fresh from the dryer. It has a warmth and brightness about it (probably the aldehydes though they are not at all sharp, they sparkle softly in this scent). It's happy and bright, cuddly and innocent. I think it is beautiful for what it is and am appreciative of the feelings it is able to evoke; if I hugged someone wearing this it would bring a smile to my face and evoke feelings of comfort. It's not what I'm looking for in a signature scent, but as a scent created for someone who doesn't like perfumes I think it is perfect.

I may be the only one who finds Byredo bottles incredibly boring and medicine like. With that said, there are some fragrances that really caught my attention. Blanche is a good fragrance per se: although I wouldn't be able to detect any note in it, a part from a slight presence of citrus and white flowers, I can say it is a nice fragrance, along the line of &quot;cleans&quot; and &quot;freshes&quot;. Nice, but not spectacular. Problem is, it smells almost identical to my dishwasher detergent. I'm sure that if I didn't know this smell before, I would be more generous with it, but it's hard now: I can't bear the idea of smelling like a washing detergent, so, I was content enough with my sample and I doubt I could buy the FB.

Love the slick bottle design, love all things &quot;white&quot; with its implication of simplicity, purity, etc. With that said, this perfume was disappointing. It lacked subtlety and was just cloyingly sweet. Smells like CLEAN (the perfume) which is 38 bucks compared to $195.

I didn`t like this one. Although it really has a white feeling overall, it`s a synthetic one. This byredo is very linear on me from the beginning to the end. Is a fruity linden musky aroma, that start with a chemical pear scent that quickly develops to what it`s seems like a mixture of white soap and that product you use to make ironing easier. It`s the same smell that you feel when you have wore a clothe that has been recently ironed using this type of product. I feels cheap, and for something that costs 195 dollars, it`s unacceptable. If you want something that has a clean ironing aura but still loks smells like a fragrance, cologne by thierry mugler does this genre better for a fraction of the price.