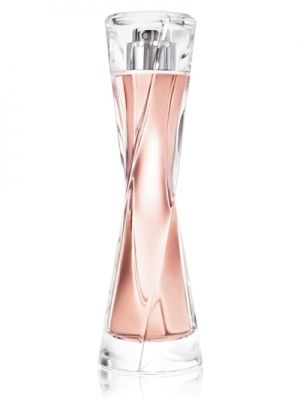 Nothing balanced or sensual about this. Smells like pure alcohol and chemicals - no florals, rose or whatsoever on me. How did this even get released?

This smells like pee on me. Or pee mixed with a toilet cleaning product. Not my idea of an attractive scent.. It takes yuk to a whole new level. Skin chemistry disaster . Try before you buy ladies because no one wants to smell like a toilet. I hope..

I got a very small bottle of this back when it first came out (a few years ago?) and really enjoyed it, but didn't care enough to repurchase. Last January, though, I was on an Air France flight and one of the flight attendants was wearing it. I could pick it out immediately as something I knew and liked. I asked her what she was wearing and she nearly sheepishly replied, &quot;Hypnose Senses.&quot; (I guess she felt like she should have been wearing something more exotic or expensive... anyway, it smelled spectacular on her, like honey and spices.) Once I use up more of the perfumes I have, I'm toying with buying another bottle of HS partially because it smelled so lovely on this woman. It's worth a revisit in my book! I don't think it smells exactly like Coco Mademoiselle, by the way, if that matters to any of you lovely readers. They're similar, but not dead-ringers for each other! If you gave me a choice between the two, I'd definitely pick this.

It is soft and smells flowery, some fruity. It is powdery very fast during the day and at the end, I smell the patchuli. I do like to patchuli, the powdery smell you feel like a good girl. I have been thinking, even though is good and nice, likable, there are similar perfumes, this is not an unique perfume.

I really tried to like this but since I first put it on my wrist I felt it's not ''me'' at all, I constanty had the strange feeling that there was another woman somewhwere close to me that smelt this way. Like honey, roses and powder for start. I almost convienced myself that this perfume is romantic and elegant but there was still something annoying about it which I couldn't figure out. I bought a small bottle anyway. Later I smelt something dirty which is supposed to feel seductive i guess, the draydown was not appealing to me at all... I continued to wear it a few times to see if something changes but nope, I couldn't stand it and gave it away.

I originally went to the Lancome counter to re-purchase Hypnose because I absolutely love it, Im almost done with my 4th bottle, and I rarely re-purchase fragrances (except T.M Angel) because there is always something new that catches my senses. Upon smelling Hypnose Senses I was immediately in love with it's light airy floral yet a bit oriental fragrance. It smells feminine and mysterious, the next day after applying I was asked what fragrance was I wearing and I couldn't even smell it, I actually was at first disappointed because I thought it was too light for my liking. I purchased the big bottle and I believe it was pretty cheap compared to the Hypnose which is like 20 bucks more for the same size. What I love about this fragrance is that it can be worn all year round and I think it's appropriate to wear to work yet it's feminine and romantic enough to wear for a special occasion date, wedding etc. Great fragrance, will repurchase.

Hypnose Senses has nothing to do with the original Hypnose, which is probably why it’s garnering negative reviews from Hypnose fans. Designed by Christine Nagel, this 2009 release would do far better under a different name, with a different bottle. Principally a rich, jammy, powdery rose, Hypnose Senses is a soft and romantic scent with enough of the dark and medicinal to please those seeking some depth and majesty. More grown up than Hypnose, this smells like something by Lalique, and conjures up a woman wearing a silk camisole, pashmina and thin-strapped watch.

OMG. I got this sample in a recent swap. I like Hypnose but this one is kinda horrible. First of all it is so sweet, it gives me a headache. a heavy floral with a powdery finish, it is so generic and heavy that i want to get into the shower and wash it off.

This smells like a nice generic floral out of the spray bottle but settles into nothingness immediately. I sprayed myself silly in the store and it was a fairly decent average floral scent but I could not smell one thing on myself a couple of minutes later. I am so tired of these mass market merchandising perfumes that are designed to appeal to as wide a market as possible, smell pretty good when you spray them on but don't deliver any type of sillage or staying power at all. This seems to be the way so many of the retail perfume companies are going. Chanel Crystal au Vert is another prime example. This is nothing like the beautiful Hypnose, with it's sillage and lasting power and exotic anise-licorice ambrosia. Forget this one. Just a mediocre floral with nothing going for it except a slight nice whiff when it first comes out of the bottle.

Ooooo, this is lovely. I'm a floral gal and this is a slightly powdery 'warm' scent - I love it. This is everything I wished Chanel perfumes could be. There's no vanilla or animalistic notes, which is why I can wear this somewhat powdery, 'serious' perfume without any headaches. The opening and dry down are equally lovely. The opening is slightly pink peppery with a bit of tangy mandarin and honey. The dry down is slightly powdery patch, tonka, nice labdanum and osmanthus blossom (I adore osmanthus). Kind of spicy, but not a true spicy scent. This works very well for the office as the sillage is average and the dry down becomes beautifully warm and full, yet understated. This is not an extraordinary perfume - there are many similar smelling ones out there - but I do love it. This is full bottle worthy once my 5ml sample is used up, especially when there's a good Lancome GWP.