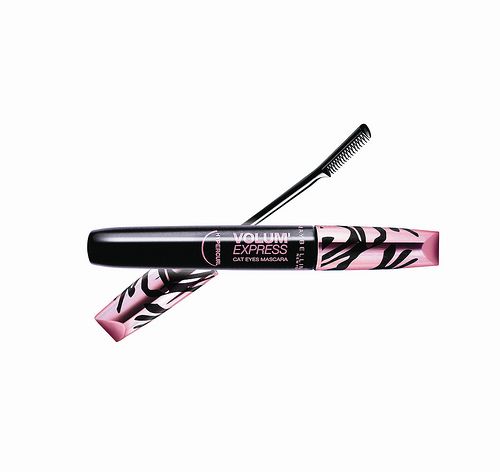 Guys, I think this might be a dupe for Benefit's Roller Lash with a fraction of the price! I love the tiny wand, it coats even the tiniest of my lashes and I have never ever used a mascara that made my lashes stay 'up' all day. Definitely my HG :)

Since I missed the Maybelline Lash Stylist comb style brush from so many years ago, I had been on the look out for something similar. I was alerted about this product, which seemed to be similar. I had to buy from Asia on ebay (seller was excellent, arrived packaged brand new), but honestly I was really disapointed... The comb bristles are too big and wide compared to what I remember from Lash Stylist; the product is not good, it doesn't apply well. I'm a fan of big dramatic lashes, but I hate clumps. This one makes so many clumps and doesn't work well, if you work on the lashes just a little too long, then it goes from slightly clumpy to super clumpy/ends are weird and crooked/I look like I have 10 giant lashes on my eye... Since it was only available in waterproof, I just end up using it when I go to the beach/pool, or go fishing. Compared to my other mascaras this is the only plus on this one. I use a fairly greasy liquid makeup remover and take it off easily (some reviews said they had major trouble). So really, don't buy it. I know, we all miss Lash Stylist. This isn't it. You'll pay extra to order a product that is subpar. Save yourself the disapointment.

This is my HG mascara. I use it everyday without any issue! I find it so easy to apply. After the aplication, i always wipe the comb aplicator with tissue to make it not clumpy and also to make it clean. It surely lasts forever, i love that. It is waterproof. When i cry, it doesnt smudge at all. Many people got an issue to remove it. You know what? It easily comes off with baby oil, try it! Since it has no issue for me and i tell you guys the tips to apply and remove it, i would highly recommed it to anyone :D

I bought this in a mall months ago and I really eyeing the Lash Stiletto Mascara but the saleslady insisted that this one was a better buy so I bought this one instead. But I think I should've went on with my choice. Volum' Express Cat Eyes mascara isn't that bad but it's not for me. The applicator is unique because it looks like a comb but there's a problem with it. The space between the "combs" is where the formula gathers and if you will not wipe it off, it results to a hot mess as the formula is a thick one. I like the volume it gives to my lashes with some length. It's also promoted to hold curl but I never tested it because I don't curl as I already have curly lashes. The good thing is that this doesn't smudge or flake. Also, if you will apply it in a rush, expect clumpiness. The worst part is removal. Usually, facial wash is enough for me but with this one, I have to use baby oil. Lesson learned: Do not listen to salespersons' advice, unless they're knowledgeable enough of what they're saying, not just merely to sell something. No offense meant to all salespersons here though.

SkinVery Oily, Fair, Not Sure

I love this mascara, usually use it paired with another but I will always use this as the first coat because it could hold my curl for days! Yes it is slightly harder to remove but I find good quality wipes or cleanser does the job and with the results I get it's definitely worth it.

I picked up this Mascara in a Boots in Thailand a few months ago. The packaging is the same as pictured, with the exception of the text being in a different style/location. The packaging is stylish and the slim lid makes it easier to grip and apply, as I normally do not like the shape of Maybelline mascaras. The brush is a double lined comb and the bristles are short. The comb is on an angle, making application on the inner corners of the eye easier. When caution is taken with application, there are no clumps on the lashes. The curl is pretty good when the product is used on its own but it would surely be stronger when used along with an eyelash curler. The price wasn't bad, I got it for about AUD $6/7 which is half the price of drugstore mascaras in Australia. I will probably find myself using this on my outer bottom lashes as I prefer to have more full on top lashes, which this product does not achieve. Overall, this mascara is perfect for a daily look, not for those who, like me, prefer a dramatic lash look.

Holds the curl, volumizes and lengthens decently. Stays in place even with my really oily skin, but it gets clumpy! It's a bit tricky to apply, but when you get it right, it's amazing. Then removing it is another story. It takes a while both times when I have used a cleansing oil (Muji) and Maybelline eye makeup remover.

BEST MASCARA. Maybe it's the fact that I have sparse Asian lashes, but this is amazing. I've tried EVERYTHING, nothing does it like this mascara. The comb is amazing, the lashes comes out individually, thick and long. Depressed that they discontinued this. I've bought over 10 sticks in total. Love it. Don't hesitate to buy if they have it at where you're at!!!

My friend purchased this for me when she went to Taiwan. Oh my god this made my lashes look huge and it was so waterproof! People constantly asked me of my lashes were real because of how long they looked! The comb brush was really unique too but I found I always had too much product on the brush and I'd have to wipe it off with a tissue or my lashes would clump together and look sticky :p I love this I hope they bring it to Canada

I absolutely love the MAYBELLINE NEWYORK products, and I became a fan of the MAYBELLINE NEWYORK products after I began to make up. I have a lot of products of MAYBELLINE NEWYORK that I use by every day. For example, eye shadow, eye liner, eye brow pencil, nose shading, lip stick, BB cream, blush on, face powder, concealer and so on. However, the mascara of MAYBELLINE NEWYORK is my favorite one and I use it all the time. Previously, I tried to buy some kinds of mascara to try out but somehow it disagreed with me. Before I came across to the MAYBELLINE NEWYORK mascara named "Volum' Express Cat Eyes Waterproof in feline black", I used the mascara of different maker called SHISEIDO MAJOLICA MAJORCA. When I am using the mascara of MAJOLICA MAJORCA "Lash Expander Frame Plus Mascara" it was much of "feel bad" experience for me. The reason that I chose the mascara of MAJOLICA MAJORCA is because it is popular among the young people in that it does not run even if you sweat a lot. I have used this mascara for 1 year. Because I love the unique design of the bottle of it and it holds my lashes all day curl. But, in my case there was no good effect by using this and the price of it is a little bit expensive for the student like me. The information I got from the reviews I read was not exactly true. When I used it on a day I had a class of sport, it was run by sweat immediately. But, if I want it to clean up this staff it's really hard to get off. What more can I say about this? It was the worst! So I stopped using it and tried over 7 brands to find which mascara is the best one for me. Then, I changed it into the MAYBELLINE NEWYORK's mascara. MAYBELLINE NEWYORK's mascara named "Volum' Express Cat Eyes Waterproof in feline black" has many good points that I was attracted. Firstly, here are the things that I look for mascara which would I think that suits for me. 1.Maintains a curl 2.No smudging 3.Lengthening 4.Design 5.Volume 6.Looks natural. Differently from the mascara of SHISEIDO MAJOLICA MAJORCA's "Lash Expander Frame Plus Mascara", MAYBELLINE NEWYORK's mascara is waterproof so it is not necessary to worry about if the ink will spread and tears ruin your make up. Secondly, it has a brush shape like a comb which makes my eyelashes look longer and most importantly, to separate them. For any mascara, I don't want my eyelashes clumped together, I like them separated and looking quite natural. Furthermore, this mascara giving good curl-up effect to eyelashes, having high curl-keeping effect in use and forming a beautifully finished eyelash. This mascara's tube design was also adorable so tried to buy and use it. Lastly, I love this mascara because the price of it was so attractive. It was a price to be able to buy with the pocket money of a student. As a result of having tried various mascaras, recently I found that the mascara of MAYBELLINE NEWYORK is the best for me. I will definitely continue using it.