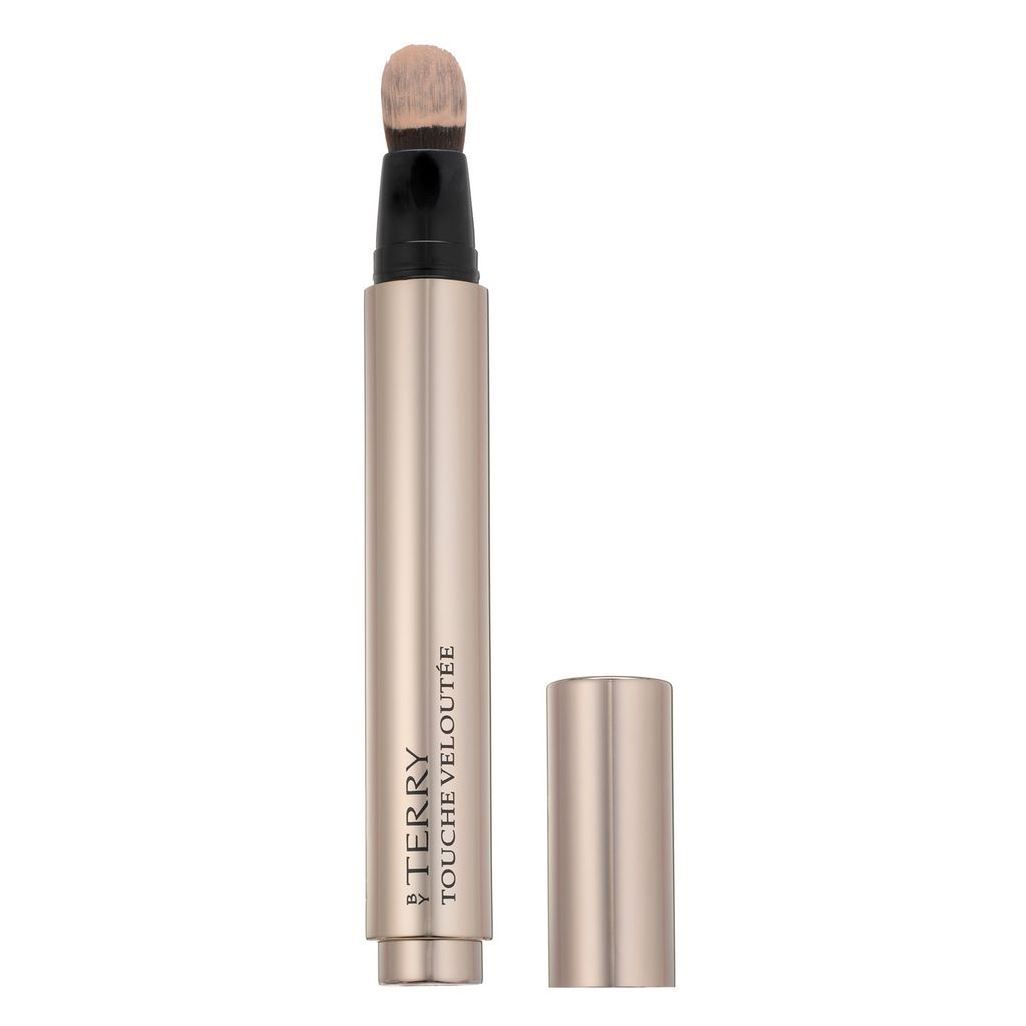 I use this concealer to hide occasional break-outs and for this purpose it is brilliant. It is very light but blends well covering my imperfections and stays put all day. since I use mineral powder foundation I need my concealer to be light but efficient. I have not tried it as a under eye concealer. It is pricey but the product lasts forever making the price more reasonable.

I was very disappointed by this product as an under eye concealer. As background I am 32 with a few fine lines under my eyes and ALOT of dryness - Im always on the hunt for an under eye concealer that doesnt highlight lines and dryness - this really does :( It sits really badly under my eyes, creases, and just cakes horribly! I was so surprised such a luxury brand looked so bad. However - this is a decent concealer for elsewhere on the face - it covers redness on my cheeks well and it blends in really well. However I wouldnt say that it justifys the price tag. there are lots of good reviews here for this item and by and large By Terry is a faultless brand - I'm a huge fan - this product just wasnt for me.

Expensive, but the tube is massive (at least twice the size of ysl touche eclat). If this concealer were only for covering uneven skin tone and blemishes, I would give it five stars - it's amazing on that front, as it blends seamlessly and provides high coverage without being greasy/obvious. However, using it on my under eye area is disastrous as it sets to a powder finish and settles into every crease and wrinkle. I will repurchase though, and use as a straight forward concealer - defo one of the worst under eye concealers, but one of the best spot-covering complexion smoothers.

Oh this concealer is just divine! Apparently the same person is also the genius behind YSL Touche Eclat. I've been using it for approx the last 2 years and I'm currently on my 3rd tube (or is it pen?). I use it pretty much every day so it really does last. I buy it from Space NK. The concealer itself is a lovely creamy texture that glides smoothly onto the skin. Once blended, you don't even notice it's there (well apart from the obvious fact that it's covered the things you want to hide). I have pretty light skin (NW20) and use it in Cream. I use it with my foundation or on it's own to cover the odd few blemishes and to hide the minimal discolouration I have under my eyes. The coverage lasts all day too and never goes blotchy or slides off the skin. The only thing I honestly dislike about the product is that the brush is too big and using it applies too much product on my face. Instead I use my finger or a concealer brush to apply, which honestly isn't an issue for me. Tip: When you think the tube is empty it's really not, there's still LOTS of product left! I struggle a bit to get the brush end off, to get to the inner tube. Not very travel-friendly after this but definitely worth it for the extra product. Update Sept 2016: Still using this, it's just as beautiful, luxurious and silky as ever. But I have a mini rant - the price has went up so much! I bought one around Christmas 2015 for Â£33 I think. I ran out recently a bought another for Â£38.50! What the hell! How can a product go up in price that much in less than a year? Might start looking around for a cheaper one. This tube will last me for another 8/9 months so plenty of time.

This is another winner By Terry. Worth every penny!

I've tried so many of these types of products and they either dry out my under eye area or they fall into small creases. This is the best. It stays put, I don't need to reapply &amp; doesn't dry my skin (Armani's under eye concealed does, ysl falls into creases, so does Givenchy's &amp; that one has larger light reflecting particles that look noticeable on day light). By Terry's is perfect &amp; while there are only 3 colors, it works great for me &amp; my dark circles (&amp; bags from working too late). Runner up (&amp; more budget friendly) is actually origins- I tried it on a fluke. By Terry might be more costly, but it's both a concealer &amp; highlighter/brightener . So you get a 2 in 1. The texture is smooth, and light (not too heavy/cakey). It applies really easily &amp; a little goes a long way. I don't use the brush to blend it in, instead I apply with the brush in dots in key areas, then blend. I don't even need to touch up at the end of the day. I like the packaging a lot, it's beautiful, but large so I gave it a 4

I set this product a huge challenge today (it just arrived this morning) as I was out late last night and had a couple (ahem) of glasses of wine, then had to get up at 6.30am. So far I am very impressed with the product as an under eye concealer. It doesn't seem to cake - I find that YSL Touche eclat can gather in those tiny creases (I don't really have wrinkles yet) and looks too cakey if you're trying to cover really tired circles - but this doesn't. It is a lovely silky texture, which turns to a matte finish. Possibly if you had very dry skin you might find it a little too dry, but for me (I have normal - combination skin) it is great - and the packaging is nice. Definitely pricey, but I think you really do get what you pay for with under eye concealers as they have one of the trickiest jobs on such delicate skin! I would definitely get this again and will be recommending it to friends and sisters! The only thing I would say is that I am confused by another reviewer saying it runs dark. I bought it in Porcelain (the lightest shade) and it is VERY light. I have fair to pale skin, and this is almost TOO light on me. It's ok, but I'm pretty sure the next one down would be slightly better, certainly if I had any tan at all.

I love this product. It is so much better than YSL Touche Eclat. It is more expensive, but you get twice as much product. I put it under my eyes and everywhere else on my face where I need concealing. It stays put, does not crease. I will say that it runs dark. I usually wear a light, but in this product I purchased porcelain. I will never be without. Highly recommend!!!!