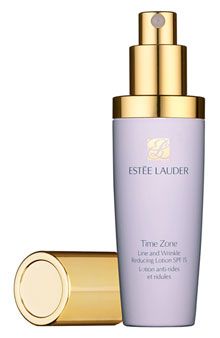 Not for me I have sensitive combination skin and this cream caused me to break out, quite scented which I do not like. it did fell moisturising but did not suit my skin so I won't be using again.

I began using the Timezone Creme (not the lotion in the pump bottle) after I found that the Clinique cremes were causing me to have the occasional break out and were leaving a greasy residue on my skin. I have had a very positive experience with this product over the past six months. Only a small amount is needed, which I then warm between my fingers and apply to my face. The creme absorbs into my skin quickly and I have had no break outs. It also contains SPF 15, which is a must for preventing sun damage. I'm using this as a preventative measure for wrinkles. I cannot tell yet if it is successful as I am still in my 20s, but I do think my skin looks more dewy and youthful. I recently saw a photo of myself and my skin did look as if it were glowing compared to photos earlier in the year when I had not been using Estee Lauder cremes and serums. The only negatives for this product is that I do not like cremes being packaged in jars (for hygiene reasons) and I do not like skin products being scented (this creme is scented). The creme is also very expensive here in New Zealand, so it is very much a luxury item. However, I see it as being as investment for good skin. Overall, I would recommend the Timezone creme if you are in your late 20s and are looking for a skincare regime that prevents the signs of aging.

I like the SPF and that is it! I used for months and never saw a difference. Any drugstore lotion would would just as well.

Nice moisturizer overall, feels nice, easily absorbed,good as a make up base, makes the face look plumped up and has SPF. I will keep buying when making short breaks from my La Prairie favourite emulsion.

This disgusting, overly scented moisturizer made me break out terribly. This stuff feels incredibly greasy going on and didn't suit my skin at all. Never again!

I love EL's skincare line, but this moisturizer is just average. It doesn't do anything for lines and wrinkles that Day Wear doesn't do, but it's more expensive. I also find that sometimes the Time Zone pills in a way that the Day Wear never does. Lastly, Day Wear has a much nicer texture and fragrance. If you want a good EL moisturizer, save some money and buy Day Wear. It's a better bet.

I'm reviewing the sample size (15ml) jar I got with GWP, not the full size pump bottle. So yes - pump bottle is more hygenic and I would personally prefer it to the creme in a jar. I'm 32 with dry skin that is showing some signs of ageing now, but not a lot. My skin can appear patchy after cleansing and in the mornings. I am usually SUPER PICKY when it comes to good moisturizers for dry skin, and only really liked using Weleda's Skin Food. I have to say that Time Zone is perfect for my skin. You need a tiny tiny amount - as the cream is quite thick, a small amount will cover the whole face. It leaves my skin feeling silky smooth and hydrated- AND the skin tone appears even. I have been using this with the Perfectionist Serum and together they are a great combo (wouldn't buy the serum though - it's only silicone really!). If I had the money, I'd buy this full size bottle AND the night cream. It's a bit on the luxurious side. Another GREAT Estee Lauder product!

[This review is for the crème] After the death of Fruition which was my staple and a myriad of other non EL products that failed, I decided to give my Night Repair a break and the Soft Clean and Time Zone line a try (Perfectionist serum as well). While I don’t have any wrinkles yet (knock on wood table) I figured 40 is around the corner and prevention is key. I purchased these on the basis of good awards and claims of smoothing, regeneration of cells, and mega hydration. It’s/they are almost all used up-thank the lawd… Ok, back on topic…Not that this is the worse product invented, its just that better exists in relation to cost. My biggest gripe? Time Zone just sort of sits on the skin like glycerine; I didn’t get a nice silky feel and no noticeable effects on dry patches which is unacceptable for something claiming to be so advanced with cell turnover and shedding properties. And wtf? Why even bother to add hyleronic acids if they are at the bottom of the ingredient list? Pish! Now there do happen to be some goodies in higher concentration, such as rice, fruit, pamagranite extracts and antioxidants so are a million other creams and I don’t think they remain real effective or stable in a plastic jar. And no its not that TZ failed me bc its geared toward wrinkles- after all, there’s no such thing as a non script wrinkle reducer nor would a thick cream have the capacity to penetrate anyway lol. I went with this whole line soley on the basis of antioxidants and claim, which certainly was a disappointment. I really don't recommend TZ cream for anyone because Lauder has plenty of other very good creams to choose from. Matter of fact it wouldn't surprise me if this line gets will discontinued at some point.

This is my favourite EL moisturiser and I've repurchased it. Even though I've got fairly sensitive/mature/lightly dry skin, the normal/combo cream works very well for me. I think my skin looks smooth and clear and it feels moisturised all day. I'm very happy with it.

This is for the combo cream in the jar. Loved it at first - until I broke out with large zits AND the little "sand paper" type bumps. It does sincerely moisturize well but as one reviewer said it tends to sit on the face. After a few days it made me really, REALLY shiny. I guess that's great if you want your former teenage skin - oil and zits and all :) Noticed my pores got HUGE too??? Also tried the lotion pump - same results and in fact I think the lotion felt tackier than the cream (which goes on pretty smooth/light).