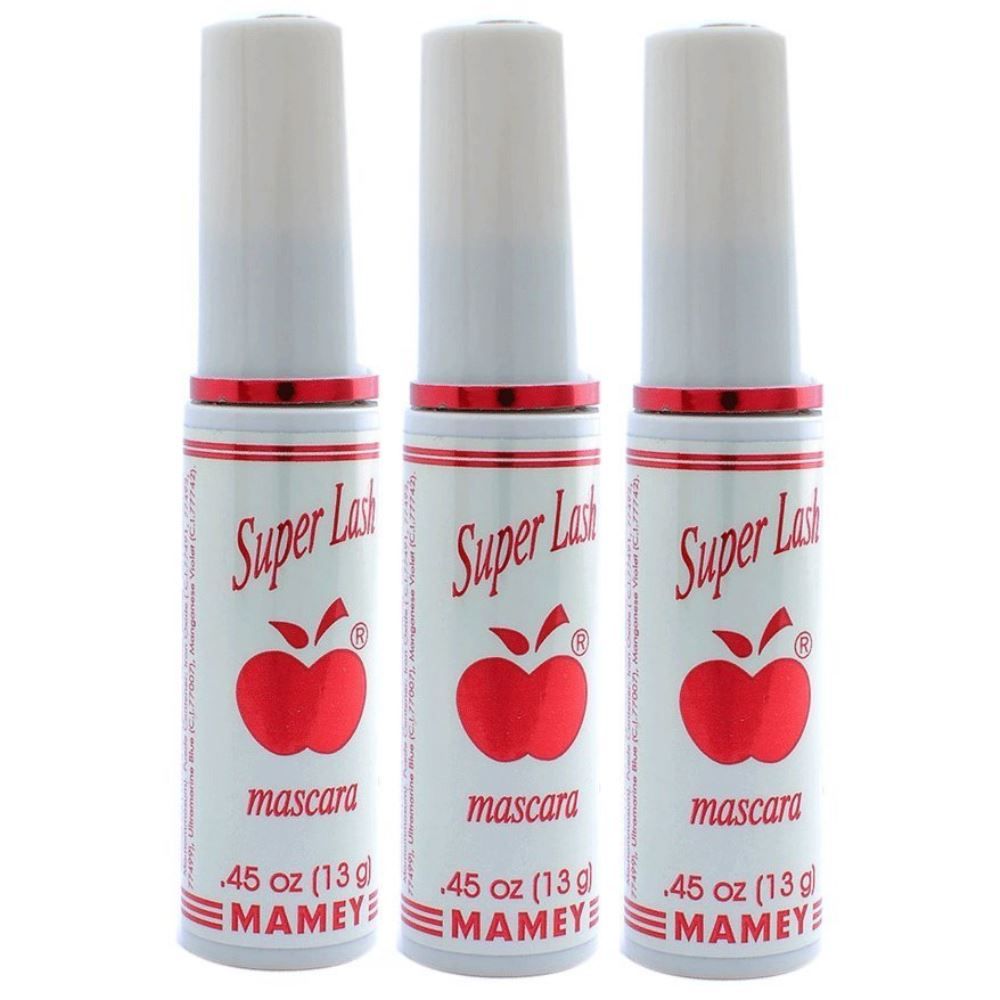 I’ve been using the mascara in the pink and green tube and it’s blown me away! I have pretty straight lashes, and this holds a curl all day, even though it’s not even marketed as waterproof (at least as far as I know). It never flakes or smudges on me. I’ve done some pretty hardcore crying in this mascara and it didn’t budge. The only thing I don’t t like about it is the wand. It’s waaaaay too big, and it doesn’t separate well at all. The size makes it difficult to get mascara on the very inner corners and to use it on the bottom lashes without getting it under your eyes. I’ve gotten to the point where I just use a different wand to apply it to my bottom lashes. Even with my thoughts on the brush, I still love this mascara and will probably repurchase it.

I was looking for a new mascara after a few bad batches of my favourite ISEHAN - Kiss Me Heroine mascara. This mascara is not it. The bristles on the mascara wand itself are HUGE and I found it a pain to try to get to the roots of my lashes. The formula is quite dry and while it kept my Asian mid length lashes stay in a curl all day, I found the overall look too natural. I prefer something a bit more dramatic. Also I have quite oily skin and by the end of the day the mascara would leave with giant panda eyes. Definitely will not repurchase.

This mascara I get it from Amazon &amp; it's amazing-zon!!! I just ordered 3 more tubes for $12 that's a great deal. I add a bit of eye drops to it when it gets on the dryer side. I know ur not sup to add to mascara but eye drops are sterile it's not like saliva ew gross. The brushes on the different ones I've gotten have all been huge! Sometimes causing the product to fly out a bit. I'm not a MU Snob I love a good deal just like anyone else the cheaper the better!!! This is my fave DS mascara ATM my HG is Volum de Chanel but this gives it a run for its money!!!!!!!!!!

I LOVE this mascara!! I have straight again eyelashes and this mascara does wonders. It holds the curl all day. I got the Avocado mascara, it smells amazing like I just had a shower. BUYING THIS AGAIN!! and it won't break the bank! Great value for money. I got mine from ebay

So glad I'm Mexican and can buy this mascara at a lot of places nearby where I live haha It's made in Mexico and they do have some make-up. I first bought the blue mascara and it's a dark blue and can still be pretty visible in sunlight. It did come with the big mascara wand like it's known for and the first time I used it it really surprised me at how good of a curl it can hold! And it was really build-able and makes it looks like I got lashes. I tried a lot of other american brand mascaras and the ones I bought couldn't really hold a curl and they were just disappointing and made my curl droop. I really liked the blue one and bought the pink and green and the pink and green is scented to my surprise and I liked it. If you don't want scented make-up then I suggest to avoid that one but it still performed just as good. *DOWNSIDE* this stuff does not wash off easily with just soap and water so you'd need a good eye make-up remover but in a good sense I guess it has good long wear and is practically water proof.

This is the worst garbage I've ever put on my lashes. Yuck.

This mascara has been around for as along as I could remember! Growing up I would always see this product being sold at the .99 stores, or the cheapo shoe/clothing stores, or the Mexican grocers! I've never bought these in my life as I thought they probably wouldn't do anything for my lashes, until many years later I went to a makeup store, and they gave me the Pink &amp; Green for free! It wasn't until recently, or about 2-3 months later after I was given the product until I actually tried it. I had been so used to using high-end brands (Too Faced Better Than Sex, Benefit's They're Real &amp; Roller Lash) and without much thought, never wanted to try anything else than what Sephora offered lol. The wand of the Apple mascara is HUGE which was a little off-putting, because I'm super prone to smudging whenever I apply any type of mascara. With a little practice and patience, this product has definitely won me over as it has proven to me that it performs much better than any other mascara I've bought! I have sparse, Asian lashes that will droop and un-curl whenever I apply any type of mascara--which is why I've been so dependent on wearing false lashes whenever I can (with or without eyemakeup!)...this mascara gives my lashes volume and length without clumps! I have become obsessed with this product that I actually went out to buy 5 more just to test out the other formulas (I bought 2 more Pink &amp; Green's, 1 Mamey, 1 Black, and 1 &quot;Super Lash with Ceramides&quot;).

I've tried a lot of mascara from high to low end and this one beats them all. I have Itty bitty pin straight lashes that are difficult to keep a curl BUT with this mascara they look thick LONG and they keep a curl ALL Day long till I'm ready to take off my mascara. These are around $1.75 and are sold at Latin grocers and do not come sealed. The brush may need a bit getting use to as it is a rather large pine cone shaped brush...but I got the hang of it, so it's no big deal. I've been using this for at least 22 years buying numerous others in between (I like to try new products) but Always come back to this because it's that good. TF better than sex, lancome, benefit they're real, YSL , tarte camera ready...don't hold a candle to Apple. I like all the formulas, my faves are Mamey (fruit) the all pink and the all black tubes. Dislike avocado &amp; peanut. .peanut has a strong smell and the one I got from eBay (before my areas started to carry it) was dried out!

Ok I seen this before at the asian owned 99 cent &amp; + stores that I enjoy finding goodies at for great prices. Tho I was never tempted to try this mascara since I'm picky when it comes to mascara. I've been seeing a lot of reviews on these cheap Apple mascara's. Just check YouTube! So I finally gave them a try. I got the avocado one and mamey. They each cost $1 something so why not! They have fruity smell and have fruit oils in the ingredients. The only bad part is they do have propylPARABEN :( I find that the avocado one goes on more smoothly then the mamey but they both have the same results which are good! To remove use oil before face soap. I will just use them on top of my too faced better than sex mascara really Makes my eyelashes stand out! Plus I want to have a barrier since it has a paraben. Without a barrier I felt my eye lashes were getting aggravated. The packaging isn't that great they don't come sealed and when you pull out the brush it splatters a little bit on your hand. http://img.makeupalley.com/2/5/0/2/2704335.JPG

I been using this since 2007 and I discovered it in Mexico and so happy found it online on eBay or amazon . I use the green apple black mascara daily and at night use castor oil with cotton ball to make them thicker and long , my lashes are healthy and been told if I had fake lashes but I don't . I used maybelline in past and wasn't happy so, I am faithful to this mascara I have little watery eyes after 2 mins but it goes away . use one layer and they curl and look pretty . I haven't had issues with creased black under circles. I re order every 3-4 months online and tried the almond mascara but like this one best . I have long straight lashes but this makes them curl and naturally pretty .