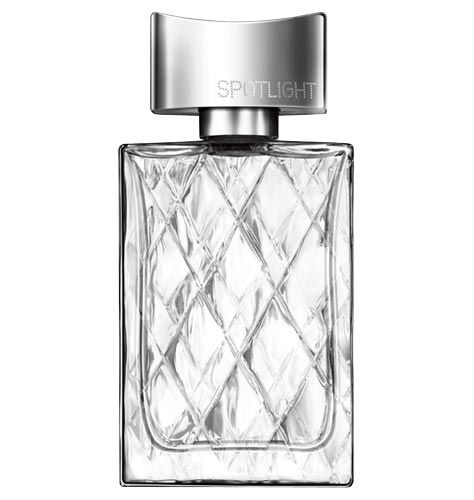 A light, somewhat masculine/fresh smelling scent, perfect for the hot summer days or nights. I've worn this religiously for a few weeks now and I think it smells amazing. Like other reviewers have said, it's nothing extremely unique, but it's a great perfume nonetheless.

This scent was just so so for me, not a scent that made me say "wow"

This is a pleasant fragrance. Nothing really "special" about it, though. It does last a long time and that is a plus. I guess it just reminds me of a lot of other fragrances that show up for a year or two and then they are gone, but another one will take its' place.....with a different name. I'm calling you out, Avon. This is a good Spring/Summer fragrance that is not too pricey.

My friend who sells Avon gave this to me this week for my birthday and wow is it amazingly beautiful. Great staying power! So fresh and clean and will be especially nice in the spring and summer.

I really like this scent. It's not too strong and it's not too floral. I think it has a nice blend of each scent (citrus, florals, and cashmere woods). AVON debuted this fragrance for Mother's Day but I think it's great for any women, no matter her age. The price is a bit high at $22.50 but the smell lasts a decent amount of time.

Avon lists this as a blend of citrus and floral backed by cashmere woods. On me it starts out a blend of sweetened raspberries and floral mix. Then it changes to smelling like a sweet tart candy and the dry down for me is a soft, powdery woods.

Some days I love this, some days it's okay and some days I just don't want to smell it. It smells good, don't get me wrong. I've only used it for about 2 weeks and I'm not sure how I like it just yet. I do agree with the 1st review!!! Maybe because it's that time of the month and everything is out of whack, but I definitely will follow-up. If you don't see a post, I may have forgotten... sorry I'm forgetful, just send me a message and I'll be glad to respond!

Excellent scent! not overpowering at all and it really lasts!!! Is soft enough to wear everyday to the office. Im surprised that Avon has come out with this type of perfume! Will buy again!

I'm not a pro at describing scents but this stuff smells soooo good! I can't stop smelling myself...It's just right.

So this is the brand new perfume by Avon endorsed by Courteney Cox-Archette. I asked my avon lady to give it to me early upon my request. It will be available in campaign 8 around April 2009. Anyway, this smells really pretty to my surprise!!! It is definitely a 90s era perfume when perfumes used to be very feminine and floral. I cant put my finger on it, because I'm not good in describing scents, but its a cross between Issaye Miyake and Tommy girl in a good way. I used to own both designer perfumes in late 90s, I find Spotlight is a nice mix of the two, very floral and oriental. It is definitely a spring perfume someone who typically enjoys Estee Lauder Pleasures, ralph lauren Romance, Gucci envy me, Valentino Rock'n Rose. This is not a perfume for someone who hates floral or finds them to be too sweet, if you like foody scents such as vanilla, chocolate, woodsy scents such as potuchilli, ivy, amber, fruit based scents: strawberry, passion/fruit etc then you will not like this, try calvin klein Euphoria or TM Angel or something else thats more emo modern. This perfume is for people who strickly enjoy floral scents such as freesia, If you like Pleasures, you will like this. I will probably wear this in the spring/summer time. I do really like this scent, the scent is very 90s and it brings back memories for me!!! EDIT: I'm taking one lippie off, and my reasoning is I'm catching on to Avon's tactics, I know now why I remember this perfume so much, and my mom used to own an Avon perfume in 1996 called Avon Pro-Fitness that smelled just like this new Spotlight perfume, Pro-Fitness was limited edition based on the marketing of the Olympics in Atlanta, and they discontinued it. In 2000, my sister owned an Avon perfume named Avon Dolce Aura which smelled just like Pro-Fitness and a yr later, they discontinued Dolce Aura too. I remember those perfumes from my family, its funny that I was drawn to this fragrance based on memory. Dont get me wrong, Spotlight a nice smelling perfume but I dont think this perfume has orginality since Avon keeps discontinuing and reintroducing the same scent under different name.

the exact friction of stars128 reviews