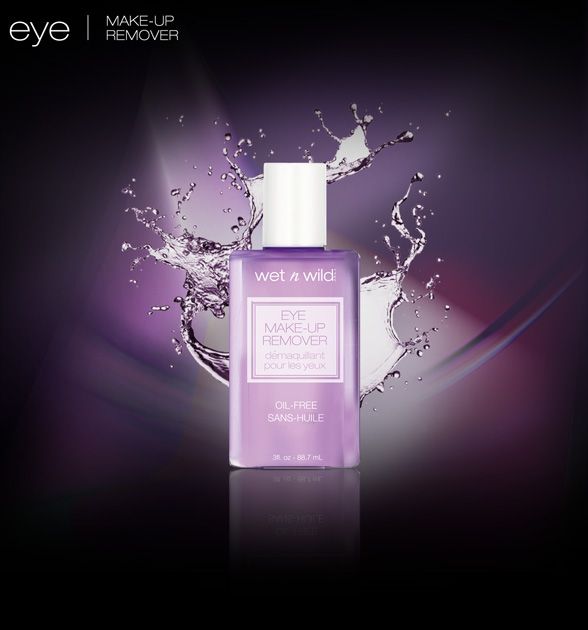 Wow......just wow. This is the absolute worst product iv ever reviewed it smells like floor cleaner,and it hardly takes off makeup I don't know what kind of nasty chemicals they put in this stuff but I strongly advise keeping it far away from your eyes. Like seriously what the heck Wet "n" wild.

I'm actually quite surprised by these reviews. I love this product. It's not my favorite, but it works well at removing makeup and costs change! It doesn't burn me though, but I suggest just not getting it directly into your eyes!'

The packaging of this Product was adorable and for $1 I couldn't believe! Lol it was too good to be true. I usually use baby oil to remove my makeup but switches to actual oil free makeup removers because it feels better on my skin. When I opened this bottle the smell was overwhelming. I decided to give it a shot anyway. I made the mistake of drenching the cotton pad in it.... My eye felt like I doused alcohol in it! It burned so bad I cried lol. I was half asleep so I would say that contributed to be breakdown lol. It didn't remove my stubborn mascara either :-( I've only met one remover that could do I'll just shell out the cash for it. I wish it worked... I love bargain finds

Look, when you're paying a dollar, you can only expect so much. Yes, it tingles/burns a bit, but no more than a lot of stuff (acne medicines ect) I put on my face. So I wasn't as bothered by that as some reviewers. I found using a qtip helped minimize the stinging rather than slathering it no a cotton ball. PROS: - Removes eye makeup very well. - Super cheap and affordable. CONS: - Tingles, apparently too much for most of these reviewers. - Smells AWFUL. My husband could smell it two rooms away. Very stinky chemical smell. I rate it a three because it does what it says, and it's really cheap. I struggled between a two or a three, but nowhere on it does it say it's sensitive or anything like that for anyone who may be sensitive to the tingle. It claims to remove makeup and be oil free, which it's not oily, and it removes makeup. It was $1.19 at Rite Aid. It did it's job. It's no four or five star product or miraculous diamond in the rough, but for $1.19, I'm probably going to keep buying it because I'm on a budget and would rather splurge on other stuff. If I can keep my eyeliners and makeup removers ect at a dollar, I can spend that money on other things.

If your vision is no longer important to you, go for it. This stuff burns, may as well use alcohol.

Really wish I would've read the reviews earlier ! If you have to think twice about a product don't purchase it ! It got my eye makeup off well .. But the burning sensation is out of this world. Wouldn't wish it on my worst enemy. Although wet n' wild is a good product .. Has a strong smell Never again ! My eyes are still burning ..

When this gets into your eyes, it feels like a thousand tiny demons infiltrated your eyeballs and unleashed the most painful poison known to man. "Is it really THAT bad?" You ask. Just read the reviews below mine, literally everyone agrees that this makeup remover should not only be discontinued, but thrown off the face of this planet. This causes such bad pain I'm pretty sure Satan himself made this, just so he could cry tears of joy every time some poor soul falls victim to this disgusting product. I don't know why anyone would put this on the market unless they were absolutely evil. Why is this still on the market??? Why did no one warn me???? Please heed the warning, friend. Do not purchase this. Do not use this. Save your eyeballs while there is still time.

This is pretty terrible stuff. It burned my eyes, the stench was unbearable, and I don't plan on using it for removing my eye makeup. I will, however, use it as a makeup brush cleaner. As long as you dilute it in water, it will clean the brushes well without a strong stench. If you're gonna buy this product, use it at a cleanser. It's as cheap as it gets! As for a great eye makeup remover, it's best to go with Neutrogena on this one.