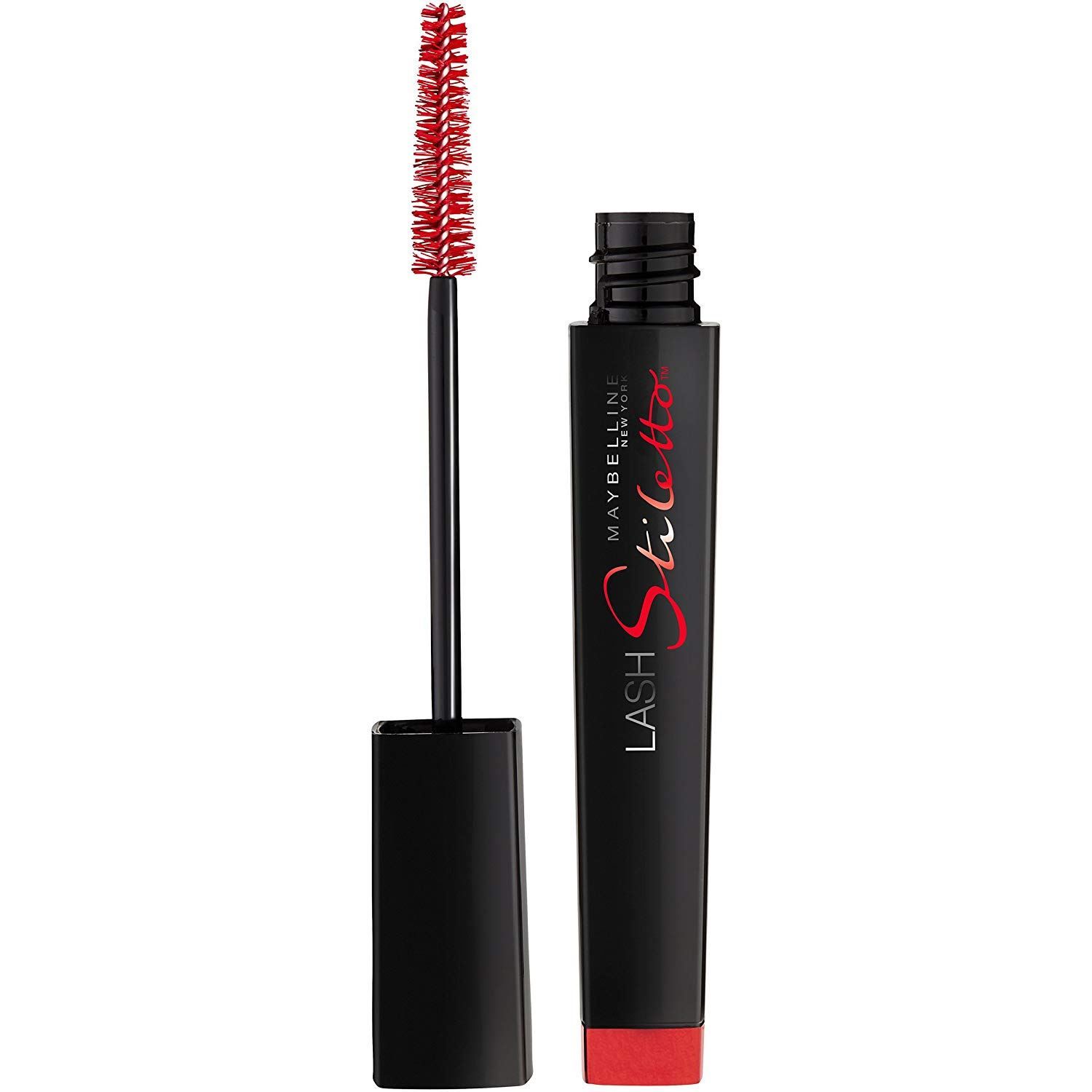 i am liking this mascara the size and length of the brush is perfect it does not give me clumps and it does lengthens my lashes i do not use one mascara alone i will pair it up with my essence lash princess or some other mascara i have hence i do not experience the flaking that some people talk about not my fav.but it gets the job done .

The brush is thin and applies product well-that's it!!! This stuff flakes like mad. I put it in drawer, but will likely throw it out. Too bad!

For me, the washable Maybelline Lash Stiletto is close to perfection. I like Lancome Definicils quite a bit, but don't like its price. Plus, sometimes Definicils gives me raccoon eyes. Before I write any more about the Lash Stiletto, I have to say what I look for in a mascara, because I realize it's different from what a lot of people want in one. First, my eyelashes are naturally dark (mostly*), fairly long, thick, and curly. Don't hate me, because here's why I use mascara: I need the color. *The eyelashes I have that aren't dark, are white. I've had them half my life now and while I don't have a lot of them (fortunately the number of them doesn't seem to be increasing from the time they first appeared in my 30s), they stand out like crazy since my other lashes are so dark. So, what I look for in a mascara is something washable, that doesn't smudge or flake, and adds length, but very little volume. And, I absolutely despise cumps! I like my lashes to look relatively natural. Definicils works quite well on many of these counts, but it often smudges under my bottom lashes. Since I need to wear mascara on my bottom lashes, too, to hide the white lashes there, I've tried using a primer just on the bottom lashes, which helps stop the smudging, but it makes Definicils clump (I didn't know that was possible) and flake during the day. So far, the Lash Stiletto wears really well, even better than Definicils. I haven't tried in on my bottom lashes without primer, but maybe when I run out of the current tube of primer I just bought, I'll try it without. For me, the Lash Stiletto is very easy to apply and to remove. And, the price is right, especially compared to Definicils' price. I do wish it came in a larger color range, but that's the only negative I can see.

Still looking for that Lancôme définicils dup. This is just okay. The wand I find is not rigid enough, so it wont give you that curve. You must use an eye lash curler to acheive a decent result. And the smell wich is supposed to be roses is horrible.

I love this mascara, can't believe the poor reviews. I'm 48yo, and this is in the definite top 3 mascaras of my life! I just bought this for the first time a few weeks ago, and haven't used anything else since. I've been loyal to a few Lancome mascaras, MadLash by TheBalm, and Maybelline Lash Sensational, but this Lash Stiletto might be my new HG, yep! One coat gives me the longest lashes I've ever had, and 2 coats is almost too much for daytime, it's that good/lengthening wise.. I don't need a lot of volume, it still gives volume, I just don't like a super fake/thick volume look anymore, especially not for daytime wear. I love the long thinner wand and the formula.. Definitely recommend.

I absolutely love this mascara and have used it for years. Up there with Lancome Definicils in performance but at half the price. (i love and use both). Amazing definition and very black. Love the subtle scent too!

Favourite mascara for length! Love the wand. Makes the tips of my lashes longer looking without clumps! Always have to have this in the makeup bag :)

This is the best mascara I've ever used. It gives length and thickness and it doesn't make your lashes clump as bad as the L'Oréal luminous! EDIT: I give this 4 stars because I'm now using the covergirl lash blast fusion in the purple pump and it creates absolutely zero clumping- compared to this where it can cause clumping if you're not really careful

Used to love this stuff in high school I really want to re purchase to see if it still lives up. I remember it making my lashes really long and not making them clumpy which is all good.

This mascara was ok I think they're great lash one is much better tho, have to put several coats to achieve volume. So most likely wouldn't purchase this one again