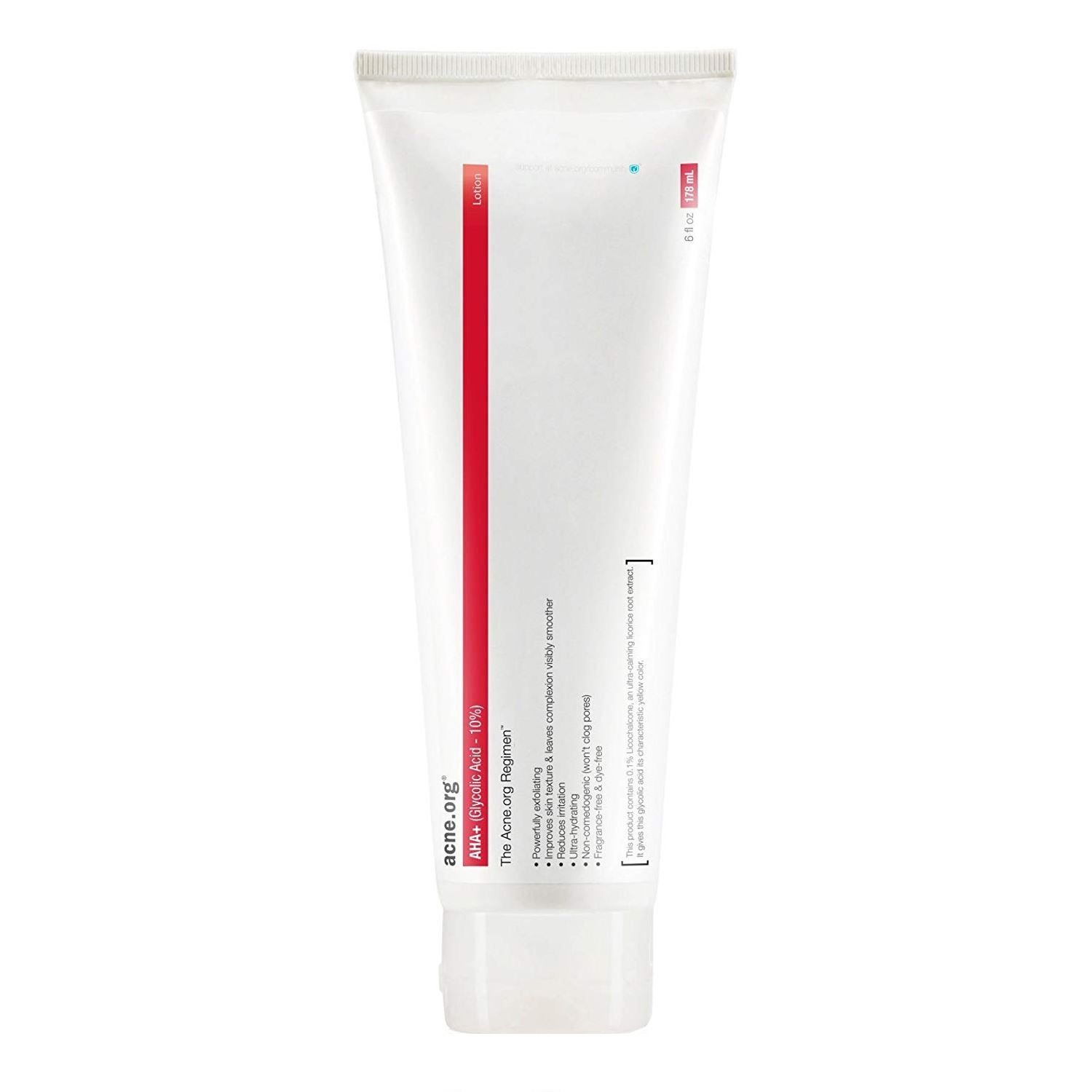 I use this product religiously! I've been using it for 2 years and I keep going back. I have persistent acne that I've managed to keep under control with BCP and AHA+. This stuff lasts a really long time; you only need about a dime size amount for each application. I use it an night after I've washed my face. I find that it does sting depending on whether or not I have active acne. Fortunately, that's not very often because this product in conjunction with BCP helps keep pimples at bay. The only drawback is the smell &amp; taste. Sometimes I accidentally get this in my mouth and it tastes pretty bad, but not bad enough that I would not purchase. The smell and color is kind of like a light mustard. I don't love it nor do I hate it. I've tried convincing my friends who suffer from acne to use this, but a lot of people are scared of anything with the word &quot;acid&quot; in it. It's helped me so much that I really want all of my friends to try it so they can reap the benefits!

i bought this along with the cleanser and the treatment and can i just say OH MY GOD. i had 5 cysts which, people with cystic acne know, are virtually impossible to clear up. i have been struggling with cystic acne for about 4-5 years now. i will NEVER use anything else again. this cleared everything up in literally 3 DAYS. seriously folks, give it a shot. i want to help other people because i know how hard having bad skin can be. the three (cleanser, treatment and this) together are seriously just amazing amazing amazing.

Have been using this for a just a few days and am thrilled with the results. I had been using Alpha Hydrox 10%, but found that it stung my face upon application. This AHA does not cause that stinging feeling. My face looks smoother with smaller pores.

after a month of the regimen i wanted my face to clear faster so i decided to finally add this in. its been 3 days and i feel like it has done sooo much improvement. i apply in the morning and at night after the BP and dont even use moisturizer. this stuff takes care of all the flake-age and i feel like my scars are fading from this.

I'm on the fence w/ this one. On the one hand it really does leave my skin smoother and has definitely cleared up some of the blackheads on my nose and cheeks. It also speeds up the healing time of leftover breakouts. However....I think it's contributing to a few whiteheads that have been appearing on my face. I was denying this for a long time b/c I really wanted this to be a perfect product for me. But after reading other user's comments it's like a lightbulb turning on. I'm not using any other new products, so it must be this. The other thing I'm not thrilled about, is that this has been making my skin soooo oily and shiny looking. There's no way I'd wear this outside, so I've been using this at night and when I'm just lounging at home. Bottom line - it's a great product for certain problems and I won't discontinue using it unless I find something better. b/c really, they're annoying, but who really notices the whiteheads besides you in the magnifying mirror :)

Carefully examined the ingredients list before buying, and I have positive experiences in the past with Dan's products. This just completely clogged my pores mostly around the chin area. I am still giving this a 3 b/c lately my skin has been clogging with just about everything so this might be fine for others.

My skin has improved so much using the acne.org regimen. Actually I only use the cleanser and the BP during the day. The cleanser is very gentle and works great to clean your skin. I use it with my clarisonic. At night I use the cleanser and the AHA moisterizer. It has been about 2 months and my skin is looking more smooth and nicer. Although not part of the regimen I also use Neutrogena Deep Clean gentle scrub. These products have made all the diffference in my skin. I am starting to get compliments on how good my skin looks. Love it! I am no longer extremely depressed and sadden by my acne/complexion. Skin is about 98% clear with maybe one or two same pimples.

I added this to my regimen to smoothe my skin after the BP cleared the acne. It is the most gentle AHA product I've tried - including MD Forte cleansers/lotions. It stings a little initially, so I apply after a light moisturizer. Like other users, I do find it pills if rubbed, so I only use it at night. Great price for the quantity.

I used this stuff several times during an experimental AHA phase. I've also tried the Alpha Hydrox lotion and cream, and of the three I guess I liked this one the best. But honestly, if I could do it over again (I am no longer interested in AHA's, but back then I was obsessed) I wish I had tried AH's gel instead, as Acne.org's AHA seems to break me out. I know this because after I stopped using it all over my face I tried using it as a spot treatment several times. Unfortunately, I'd always develop little red zits around the areas that I applied it. Ironic, 'cause the only reason I bought Acne.org's version in the first place was because both the AH cream and lotion seemed to break me out, so I thought this would be a safe bet (and this was NO IB 'cause I would stop getting those little red zits whenever I didn't use it). But everyone's skin is different, so I'm not factoring it into the review. When I used this all over at night, I thought it was really nice--in fact, I really loved how Acne.org's version seems soothing in comparison to the other AHA's I've used. For once, I didn't wake up with all my acne marks looking all purple and angry--and that's saying something, 'cause AHAs tend to make my skin red. It must be the licorice extract--which by the way is said to be good for fading hyperpigmentation. That alone might make make you want to try it. As far as performance goes, I thought this stuff worked just as well as the AH cream and lotion, but it IS difficult to apply and it takes way longer to sink in. It's got this odd, somewhat watery consistency that is prone to balling and peeling after it's dry, so you can't wear this under make-up. That's why I gave it a three instead of four.

I began using this around my 2nd month on the regime. I was desperate to use anything that would help with the driness and exfoliate my skin. This has helped out my skin SO much. I only use it at night right after my BP and I can see a difference in my skin. I did test it out on my jawline before using this on my face to see how my skin reacted. I have heard some people using this as their night time moistruizer but I can't do that, I still have to moistruize even after using this. At times, it does cause a burning sensation but it's mild and lasts a couple seconds. I just apply a pea size of this. This really helped even out my skin.