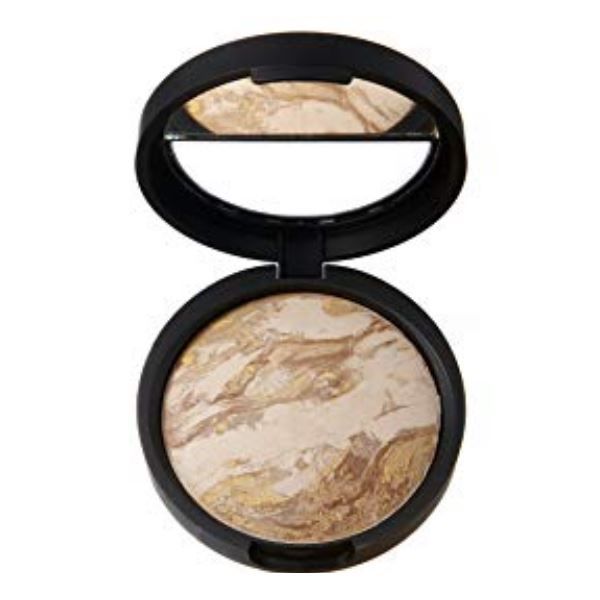 Start by saying I LOVE the formula. It's a YSBB, satin, easy-on powder, that could just as easily be a setting powder over a light foundation as what it is intended to be, a buildable, sheer to light powder that has none of the drawbacks of most powder foundations I've used previously (cakiness, over-matte fake look, sweating off). And the packaging is great IMO: perfect for touchups. That said, want to caution that if you are not extremely warm-toned, &quot;fair&quot; is gonna make you look like a pumpkin. The color depth matched my NW18-20/neutral just fine, but it was straight up yellow on me. I've seen others say the same thing about this. Note that LG changed the shade description from &quot;neutral&quot; to &quot;for peachy skin&quot; at some point, possibly recognizing the discontent about this issue. Personally, I liked the formula so much I took the risk of buying &quot;porcelain,&quot; and although it is a tad light, the tonal match is spot-on. But checking some of the reviews on that shade, I see some find it too cool. LG has introduced a new shade &quot;light,&quot; which might be a better match if you're neutral/cool, but unsure So YMMV. Just a caution. The formula is great--and this shade might be, if you are warm-toned. And LG is not reliable in terms of its descriptors--even now, Macy's directly contradicts what LG says (describes &quot;fair&quot; as &quot;neutral&quot; whereas LG, as noted above, now says it's for &quot;peachy&quot; skin).

I tried this product in a few shades to get the right one. Regardless of the shade I didn't find it did much of anything for my skin. The &quot;brightening&quot; effect was really minimal, and it wore off within an hour of putting it on.

Bought this in Fair. The color wasn’t the problem but rather it just stuck on my skin. Settled. Oxidized. Then low and behold I began to itch. It’s going back and I’m back to MAC Next To Nothing powder.

I'm 52. With that said, this product (I use it in the Medium shade) has convinced me to stop wearing liquid foundation and/or BB creams. I don't need it with this baked foundation. It covers everything it needs to. I do use concealer for my dark circles though. It doesn't look cakey at all on me. I have combo skin. I get oily in my t-zone so I just use a little Rimmel Stay Matte primer in those areas. It doesn't oxidize on me like some have said it does on them. Gives me a youthful glow I just love. I also wear the baked bronze n brighten in the medium shade on top of it and the blush n brighten in pink buttercream. My 52-year-old skin looks awesome when I'm done. These baked products don't settle into fine lines either. I end it all with a good setting spray and it seals the deal. This stuff doesn't budge the entire day. I could actually give away my entire collection of liquid foundations, and other blushes and not blink twice. I have finally found my holy grail.

This is my HG, covers up my blemishes and redness. I use Spackle underneath.

This is definetely not fair, for me it's more nice tan or bronzy colour. It looks natural, but it's way more darker then my skin. But it blend fine and work well at spring and summer.

I have been using this for 4 years now. When I lived on the West Coast I used medium, but now back in the Midwest I'm using Fair. My skintone is neutral, this one is great, doesn't pull orange or pink on me. There might be a small variation from pan to pan, but I have been through at least 6 of them and not found the difference enough to really effect the tone of the foundation when blended into my skin. I don't like heavy or cakey feeling or looking foundation or ones that accentuate any dry skin I might be experiencing. This is great because the coverage is sheer but build-able. I have a lot of redness in my cheeks that I need to cover, it does a great job of it. Doesn't cause any itching or irritation to my sensitive skin, and some mineral foundations do. As far as the packaging goes. It's pretty good. I don't think I have broken one of these, and I have broken almost every powder compact I have had going back over my 35 years of wearing makeup. Maybe I just don't drop it as often. :) I will continue to purchase this for the foreseeable future.

I find using this as a foundation doesn't work for me because my skin is very dry and this just makes it even drier. If I pile on a lot of moisturizer, it alters the color of my light complexion and looks a little orangey. However, as a finishing powder it is very nice because a super light dusting does the job and adds a little bit of a nice glow. I like how it looks brushing a little over some sunscreen on days when I don't want a lot of makeup but in need a little something. I have to be very light handed as I think too much makes me look like the tin man. I got this as part of the So Scrumptious vol. 4 set (in fair) and find the set is a great value as I got 6 items (primer, foundation powder, blish, eyeshadow, makeup brush, and lip gloss.

It took me awhile to decide how I felt about this product. I can't stand liquid foundation so I've been on the hunt for a decent coverage powder. I went into Ulta &amp; had one of the girls put this on half my face &amp; Tarte on the other half. She was really heavy handed with the product &amp; it made the Tarte look awful &amp; cakey while the LG still looked good, so I ended up getting this. When I got home, I noticed that the side this was on was very orange but I decided to give it a true chance anyways. I don't need a ton of coverage in the first place, so it's always hard for me to tell if a powder is full coverage or not. I think this one has really good coverage if you use a dense brush &amp; layer it. I use the RT Buffing brush &amp; it works great with this foundation. I use the Rimmel Fix &amp; Perfect Pro primer &amp; put this on over it. This stuff can be built up on my skin while still looking like I'm not wearing anything. Usually I wear a minimal amount &amp; don't really contour, but yesterday I layered this up a little bit &amp; did some contouring &amp; highlighting &amp; when I checked my face in the mirror later I was taken aback by how flawless my skin looked. I looked like a doll. It was ridiculous [but awesome]. Overall, this foundation has totally grown on me since I first got it. At first I thought it was way overpriced &amp; not worth it. I still think it's way overpriced, but it might be worth it &amp; I might actually purchase it again. I should also mention that I had NO issues with it turning orange when I put it on myself. I think that was just a fluke &amp; could have happened because the girl who color matched me used a big fluffy brush to dust it onto my face but didn't really take the time to buff it in. I also figure that different containers of the same color probably differ slightly due to the marbling, which worries me a little when I think about repurchasing. Love this product and am happy to have found at least one powder foundation that I really like - still on the hunt for others! UPDATE: I wanted to update this because I've been wearing this foundation now for almost a year, and the longer I wear it the more I notice that it truly IS a bit orange on me, especially after being worn all day. This might be a product of it being winter and me being especially pale right now, but it's definitely not an attractive look. It also gets patchy, so at the end of a day it will be orange on the bridge of my nose and the sides of my nose/cheeks, get cakey on my forehead, &amp; leave my nose oily. I really like this product for the coverage, but the shade range kills me. I wear it in light but it's still too dark for me - whereas the porcelain shade is literally WHITE. I could probably purchase both and combine them, but I'm not willing to spend nearly $70 doing that when I could probably switch to a different brand and actually get my correct color. I've got my eye on MAC powder foundation next, because it has fantastic reviews, an awesome shade range, and is $5-$6 LESS than the BnB foundation. I'm on the fence about whether I'd purchase this again or not. I like that it's at my Ulta, so it's an easier buy than MAC would be, for example, since I don't have a MAC near me. But the price and shade range kills me - so I'm going to have to go with no. I could probably find something similar, but better.

I don't know what the difference between the brown package and the black. I tried both. I am NC20 and the fair looks muddy on me. I used the real technique buffering brush and applied two layers. Had to wash it off my face immediately. Bad redish grey color on my face. Yuk