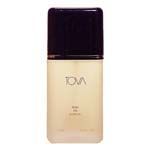 Now i will buy it HAVE ANY OF YOU WHO BOUGHT THE ORGINAL ASKED YOURSELF WHERE DOES THE WILD MUSK COME FROM??? It was from a wild cat Civet cats, who are rarely bred in captivity, are captured in the wild and held in tiny cages barely larger than their bodies, where they are kept without release in hot, smoke-filled sheds for up to 15 years.[1] Every 10 days or so the musk is brutally extracted from the glands of the conscious civets. Many of the civets cease to eat after the first extraction is performed. Do do todays standards thank god..the scent is duplucate in a lab. That is why the scent is slightly different. Stop whinning!!!!

I love this! It is one I choose when I want to feel fresh, clean, light. It has a little oily feel to it so you know that you are getting the lovely oils of the bergomot, lavendar and musk that has been put into this. You just feel so good when you put this on and it creates a very calming feeling for me. I love it and I turn to it often!!

I was just introduced to Tova by smelling it on someone less than a week ago. I passed a lady in the grocery store last Friday evening 3/14/14 after work, and she smelled *incredible*. At 6pm, she wafted quite strongly and could be smelled from a couple yards away. She was almost wafting too strongly, but not quite. It smelled awesome and was definitely not weak -- had a very good throw. I knew it had to be some kind of a musk (I'm a musk *fiend*!), and my head started swirling with the possibities of what she might be wearing. I thought maybe Jovan White Musk (or even Jovan orig?) -- or maybe Body Shop White Musk. I was mostly leaning toward one of those 2 white musks -- which I love and already had at home. It was basically just a musk perfume, more toward the *white* musk side, I thought. It was *very* warm, sensuous, &amp; delicious -- with a good strong throw. I smelled no fruits or flowers -- it was just natural &amp; musky. I passed her a couple times before finally asking, &quot;Is it you that smells so good?&quot;, and she beamed and said, &quot;Yes&quot;. I asked her, &quot;What is that you're wearing?&quot;, and she replied (thankfully she didn't want to keep it a secret!), &quot;Tova -- I bought it off QVC&quot;. Well, she smelled so wonderful, I had to have it *asap*, so that very evening, I bought some online. I love love it -- holy grail worthy -- wearing it now -- love it! The photo here is of an older bottle style -- they have changed the bottle to a pretty tall clear column with a black bow on the cap, which is shaped like a round gold dome -- says &quot;Tova Signature&quot;. I bought the &quot;Tova Signature&quot; 3-piece gift set, with 3.4oz EDP, lotion, and shower gel (3-piece was same price as 3.4 EDP only, so it made sense). I used the shower gel last night -- must say that scent was really off from the EDP's scent, and I wouldn't need another. The lotion tube's scent is fairly accurate to EDP's scent (not exact, but close enough, esp after rubbed in), and I might get that again, but I can live without that shower gel. Per the QVC website, Tova has a top note of bergamot, middle notes of lavender and jasmine, and base notes of amber, sandalwood, and musk. But overall, it smells like white musk. ADDENDUM 10/8/16: I sprayed Tova Signature this morning, went to the grocery store, and the cashier said, &quot;You smell good!&quot;. That was several hours ago, and I still smell it on myself loud and clear. Complaints are that Signature isn't as strong as original 80's version, but it's plenty strong enough for me! I think this is probably what I smelled and fell in love with on that lady in the grocery store in March 2014. I never owned or smelled the original 80's formula, but I'm quite happy with Signature; however, I've also heard that the &quot;Tova Signature Platinum&quot; version (also sold on QVC) is the same scent but stronger than Signature and closer to the strength of the original, which had something like 18% fragrance oils and was reportedly an outstanding laster.

Wore this a lot back in the day... until they ruined it! Found out Tova copied Body Times 30+ year old China Musk oil for this scent. Just look up &quot;Halbert Tova China Musk&quot; online!

I have been collecting perfumes for about 6 years hard core and have been a perfume lover most of my life. Years ago I heard all the rage of this fragrance called Tova and that this amazing fragrance was so sought after and long discontinued. As a perfume lover I had to try it. I got my hands on the bottle shown in the pic (vintage one) and at first I did not care for it. I could have gotten a bad bottle because it had a moth ball smell so I got another. After the second bottle as the hours passed I came to appreciate it. Turns out it's a lovely formula. I have smelled many of the newer formulations. The small frosted circular bottle, the square clear quilted bottle, the Elixir, The one in the tall pink striped bottle and a the tall clear bottle with a clear cap, Tova platinum. All of those mentioned smelled to me exactly as the black cap vintage Tova. I then got my hands on that tall bottle with the black label, gold cap and black bow. It was different from the others. Now i I know many people are angry with the reformulation but I think the newer is more fresh and clean. This truly is a unique scent. I hoarded about 15 bottles of the original but I am afraid they probably will turn at some point even though they are stored in boxes in cool closet. To date I have come across nothing that smells like Tova. Nothing. I did get China Musk and I have tried JLo Glow, Egyptian musk oil but they do not compare. If you do find an old bottle it must be shook very good then if you place it in the fridge it seems to revitalize it if it's gone stale.

I was an avid fan of the original Tova Signature EDP and wore it for many years from about 1997 when I first started watching QVC in UK. I liked the simplicity of the bottle - slightly frosted glass bottle with a black top, and the perfume was fresh and light and close to the skin, a bit floral, a bit warm but with a citrusness which lifted it from the depths but a muskiness which prevented it from being cold. I had all sorts of comments from the &quot;oh you smell lovely&quot; to the &quot;I can smell kitchen cleaner&quot; but I didn't care, I loved it, I sprayed it enthusiastically and with abandon.....then something happened, the packaging changed - always a bad sign in my opinion - there was a sourness and a wateryness, a &quot;signature platinum&quot; was introduced which just seemed to smell sweet to me. I moved on. However Tova Signature EDP is back in as far as one can hope for in this age of changes to base ingredients. One has to be sure to buy the perfume with the gold top, but really it is pretty good and close to the original as I can remember it, bearing in mind that I last smelled the original original some 10 years ago....but as I said I have moved on and whilst I have this new/old/original Tova Signature it is one of several perfumes that I use and enjoy. I miss that first all consuming love though.

I read on the QVC community board that due to poor sales, QVC has discontinued this fragrance. Well, they have no one to blame but themselves. At least we won't be duped into buying yet another Tova &quot;version&quot; that fails miserably to live up to the original and we'll save our money. Sad that this beauty is now gone forever. RIP Tova Signature. :(

This is a review of the latest incarnation of Tova Signature - in it's 'Platinum' form. I find it to be close to the Tova Signature original --harkening back to the pre-QVC buy-out of Tova's company. Having said that nothing will compare to those heady days of the original Tova Signature (made independently by Tova through her Beverly Hills Salon) - the square frosted bottle with the simple black plastic cap. However with Tova Signature Platinum there is the simple, elegant and sensual basic notes of bergamot, jasmine, lavender, sandalwood and clear musk all at 32 % iessential oils n this eau de parfum form - far exceeding essential oil percentages of other fragrances in the eau de parfum category. What keeps me from giving Tova Signature Platinum a 5 Star rating is a powdery note that emerges in the middle-notes range, which is absent in the original. The price of Tova Signature Platinum is quite affordable when it happens to be available on QVC. I just wish that QVC U.S. would bring in as much Tova products as QVC U.K. and QVC Germany seem to have had on their websites. Those two countries tend to carry a larger selection of Tova products including her costume jewelry!

I didn't think the last bottle I got was as good, or lasting, as a few years ago. I stuck it in back, and didn't try it again for over a year. Something magical happened! I can't tell any difference between this and what I was buying from Tova five or ten years ago. I knew some perfumes could change over time, but to go from dreck to very, very, good was a big fat surprise to me!