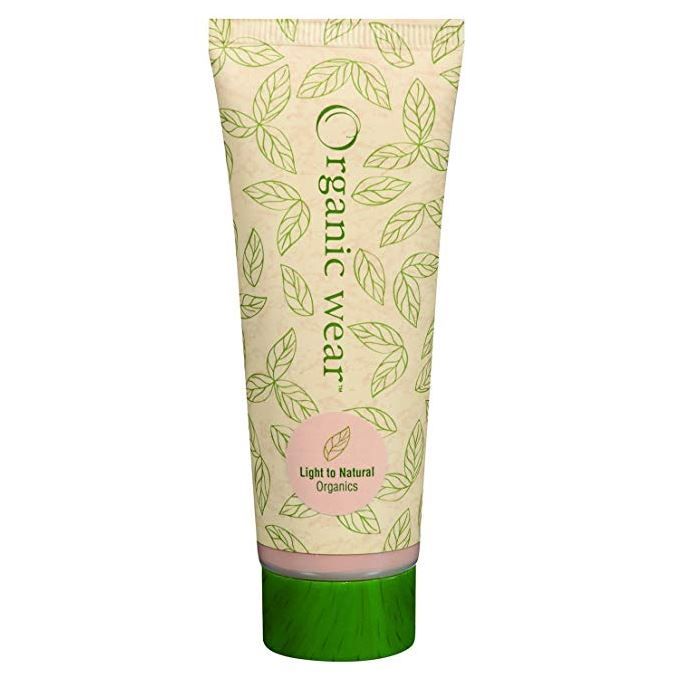 Nope. The smell. Gah. Rancid lavender with spicy tones. I'm not averse to fragrance in face products, but this was a total miss for me. Purchased in a set along with a mascara -- at least the mascara didn't have to go in the bin.

I'm on the fence about this one. I always look for a more budget-friendly version of my favorite, the BareMinerals gel cream tinted moisturizer. This isn't it. I love that one for its buildable coverage, lack of fragrance and silicones. This doesn't have silicones, so that's good, and it feels wonderfully moisturizing, but I don't really see much coverage at all with this PF formula. It also is scented. For a brand called Physicians Formula, you'd think they would lean toward unscented products, but this has a pretty strong lavender smell. Fortunately I love the scent of lavender, but for my hand cream or a body wash or a room freshener. In those cases bring it on. For my face, I prefer it dialed back. That said, there is a lot I like about this. It really does feel like a nice moisturizer. It is soft and makes my skin look moisturized and dewy. I feared the Light to Natural hue might be too dark on my face (PF has some weird offerings in their tinted, BB and CC moisturizers that really only seem to work on people who are pale to medium, and if you're fair or dark-skinned, too bad...) but this blends in well on me and doesn't look fake. That could be that it's not terribly tinted, either, though. Just using this alone isn't enough for me, but with concealer or if I blend it with a pump of my Burt's Bees foundation, I get more the coverage I desire, and I'm happy with that combo. I also like that it has a bit of SPF to it. More would be better, but I honestly try never to go out into the sun during peak hours, and I hide in the shade or under a hat most other times, so this isn't really an issue for me. I'm not 100 percent sure I'd repurchase, however. For the feel, yes. For the scent and lack of coverage as a tinted moisturizer, though, it'd be a pass. If it were on sale or in some buy-one-get-one-free promotion, I'd consider picking it up again. Pros: Nice moisturizing feel, especially forgiving on my 40-something normal-to-dry skin. Cons: Scented. It may be a nice moisturizer, but cosmetically it doesn't cover much. Only really good if you have skin that has no scars or dark spots, or use with concealer. Update: I've already purchased my third tube of this, and liked the first one enough that I actually cut it open and scraped out the dregs. I also mixed some with some Burt's Bees foundation, and really like how they work together. But I use this tinted moisturizer quite often. I have been finding it for less than $10 at Meijer, so I tend to pick one up there every few months. It's not full or medium coverage like any foundation would be, but it does make my skin look a bit glowier and more polished. If it's a bad skin day, I add a bit of concealer over this and set with powder. I love it, for the performance and the price. Perfect for days where I just want to look like a better version of myself, with added sun protection.

This is the best tinted moisturizer I've tried. It has buildable coverage, up to medium I'd say. The coverage is even better with the Wayne Goss powder-first technique, even for oily skin with dry chin patches. I'm NC20, and this product matches my both my winter skin and my tan when I use St. Tropez Dark. The smell is a bit strong but it fades away after application. For 12CAD on sale, it's amazing. As long as its set with a powder, it lasts all day.

It's taken me a while but I think I really like this. Just a dime size squirt in my palm massaged over both hands and then applied to my face seems to provide a nice overall light coverage. I like that it dampens the look of my age spots and freckles without looking un-natural, or cakey (I'm a minimal make-up person). My skin just looks more smooth and even. I will definitely admit that it's very oily and does make my skin look dewy. I don't prefer that or the oily feeling it give my skin so I've been using a translucent powder on top and that does the trick. I'm comforted by the 15 spf as well. It does have an odd distinctive smell as others have reported, but I don't mind it.

I didn't get on with this at all, sadly. The deal-breaker was that it broke me out, but there were two other things I didn't like about it: 1. The smell is incredibly strong, like &quot;makes-your-eyes-water&quot; kind of strong. In the name of full disclosure, I am pretty sensitive to scents and I'm not a fan of lavender in general, but if it's mild I can deal. Well, mild this is not :) 2. The texture makes it difficult to spread and blend, and it sits heavily on the skin. Also, it tends to separate in the tube, so a good shake is a must before application. All in all, I wouldn't recommend it, even if you don't have acne prone skin.

Broke me out the first time I used it. Have a huge zit right now and I'm usually not very acne prone and wear a lot of tinted moisturizers. Buyer beware.

I'm currently on Accutane and thought a BB cream would be perfect to use while on the treatment. This is the first one I've tried and to be honest I'm not that impressed. It almost gives medium coverage on me which is ok, but my skin is like the Sahara dessert and without powder over top this stuff is very greasy. So if it wasn't greasy Id love it. There's a difference between a good moisturized feeling and greasy/oily feeling... Also, it is very smelly. Not a bad smell, but it might be overwhelming for some. To me it smells like sunscreen, herbs and chemicals. Lastly, the packaging isn't fantastic. The product is very liquid like (you're supposed to shake it before use like a yahoo!) and could leak out easily if you don't screw the top back on tight.

I found this to be extremely oily. I have oily, acne prone skin and this actually broke me out. I haven't had a chance to look at the ingredients but I'm guessing the reason I broke out is because it has oils in it. I think this would be more ideal for someone with dry skin. It doesn't last too long even after being set with powder. I would wear it to school and it would be coming off on my chin so the bottom of my face was one color while the rest of it was tanner. Maybe if they made this with less oils and in a lighter shade I would buy it again.

REally dry formula. But the color was nice.

I'm really enjoying this product. I've switched my makeup routine from my full coverage liquid foundation to bb cream/tinted moisturizer. This is very sheer coverage, some girls may not like that. BUT it isn't foundation, it's tinted moisturizer, it's only supposed to keep your skin hydrated and even out minor imperfections. I wear this alone without concealer or foundation over it because I've opted for a much more natural look lately. I have very red cheeks and chin and above my eyebrows, this evens it out to where my redness is still visible hut much less noticeable. and gives my skin a beautiful natural dewy finish. It lasts through a work day and then some, minor touch ups if I rub or scratch my fave too hard, as expected. Overall I like this the best of any bb cream I've tried, surprisingly because the coverage is the sheerest. I switched to this from my garnier which was too dark and left me a little oily. If you like a natural look with very little coverage this would be a good organic cruelty free option. or in you're looking for something to wear under a mineral or powder foundation, try this!