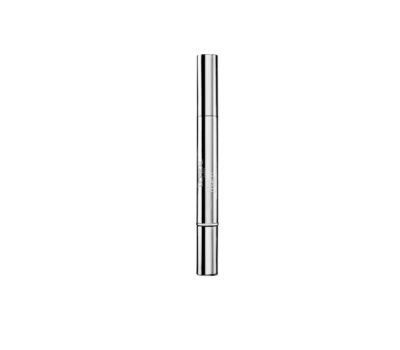 I had a high expectation after reading all the nice reviews here - unfortunately this wasn't for me it seems. Even though I applied pore mattifying base beforehand, this concealer managed to fall into every single pores on my nose making sure they are all visible. I'm also not so keen on this applicator - the concealer cream comes up at the bottom of the brush bits, so I have to pick that up with my finger to apply.

Not cruelty free so won't repurchase anyway. Comes in your typical brush applicator. Didn't cover dark circles as well as let's say the Maybelline Instant Age Rewind. Consistency is a little thicker that the one by Maybelline, looks a bit more cakey, too.

Perfect product, it doesn't crease, it does a great job concealing acne as well as dark circles, it looks very natural and I would definitely repurchase.

This was my favourite concealer for many years. The colour N 3-4-5 Natural Beige was a perfect match for my NC 20/25 skin (sometimes I'd use the slightly darker shade W 3-4-5 Warm Beige in summer, or if I was in between I'd mix the two together). It was one of the few concealer pens that I could use on blemishes on the face as well as under my eyes, as it was such a perfect match for my skin tone. It made doing my makeup really easy. I especially loved the finish of this concealer — it had good staying power too, especially if I followed makeup artist Rae Morris' suggestion of dabbing it on and leaving it for a few minutes before blending. This seemed to allow it time to sink in, thicken, and set a little, providing better coverage so that only one layer was needed. Once set it looked looked undetectable on the skin — very natural. However, around the time the Lumi Magique line was released, the packaging of this concealer changed and so did the texture. Now this concealer sets to a matte powdery finish, which looks slightly chalky and obvious on the skin. It settles into pores. They must have reformulated the product — so disappointing!! The search for a replacement begins ...

Like many other click pen under eye concealers of its kind, i found this stuck to the dry patches under my eyes, emphasizing them and making me look 10 years older. Before it sank into my fine lines and dehydrated my under eye area, it looked cakey and ashen like the reverse panda effect. Not good at all.

LOVE this! I always make sure I have a spare in my cabinet just incase it runs out. I use Ivory Beige which is perfect for brightening and contouring, blends easily and stays on. I can't rave about this product enough. The only downfall for me is that it runs out too quickly. If you are using it daily just under the eyes it would last longer but I use mine for contouring as its the best product to use. It would also be handy if you could see when you're nearly finished as it will end suddenly. I get mine from Superdrug and they often have 3 for 2 deals on so I stock up! I think I just love it too much as I panic if it runs out!

As someone with majorly dark under eye circles, this product seriously surprised me. I previously relied upon Vichy Dermablend concealer to cover up my dark circles, but it was discontinued years ago and the stash I've hoarded of that product is getting quite low. I did not expect Touche Magique to work, but based on the reviews and price (about $13 at the drug store), I picked it up. When I saw how thin it was in consistency, I was even more skeptical. But it works. It doesn't completely obliterate under eye circles, but neither did the Dermablend. It does a good job of covering them up and making them appear brighter. The staying power has also been surprisingly good. As has been said by previous reviewers, this probably won't cover up blemishes, but I did dab it on the pinkish folds of my nose and it worked well to conceal and brighten there, too. The packaging: I was annoyed at how many times I had to twist the end to get the product out the first time I used it, but since then I've only had to click a couple times to dispense it. Aside from that minor annoyance, I honestly kind of like the thin tube and its built-in brush.

I love, love, love this concealer. For under eyes and highlighting it's really good especially for my skin tone, for which it's hard to find concealers for. I love the way that it's packaged, i like the application process, i love the colour options - however, it is pretty difficult sometimes buy the right colour, because people keep switching the caps on testers and placing them in different holders. I once bought the wrong undertone for my skin and it was just a waste of money.

I really hate to give this a bad review as I so badly wanted it to work for me but it simply did not. I bought the lightest shade in the collection but it was still too yellow for me. Apparently I just need a white concealar. Oh, the curse of being this fair! It also unfortunately clung to dry patches and made them quite visible. The light coverage was also not adequate. It does however have nice packing and applicator. Perhaps I am a rare case as everyone else seems to love it. Hope it works for you!

Really excellent under eye brightener and highlighter. Good coverage (not the best, but good) and really does give an illuminated, brightened look wherever it is used. I find that this lasts really well throughout the day without patchiness or creasing. I use it mostly as a highlighter, but will also do a quick swipe over cream concealer under my eyes to help with blending and reduce creasing. Downsides are that there is very little product in the tube and in Australia this is fairly expensive for a drugstore product (around $26).